Home | Features | August 19 | What the Best Leaders Do

What the Best Leaders Do

After World War Two, leadership theoretical models stemmed from research based on military leaders and their followers. This was mostly funded by the GI Bill that helped many soldiers pursue academic degrees. The Servicemen’s Readjustment Act of 1944, known informally as the G.I. Bill, was a law that provided a range of benefits for returning World War Two veterans.

The G.I. Bill offered many opportunities for both scholars and military leaders alike. Military and corporate leadership may merge today. For example, Eisenhower, a military leader and one of the former presidents of the United States in World War II, provides lessons for leaders in today’s organizational challenges. Eisenhower effectively led both American government and the Allied Forces in Europe in defeating Adolf Hitler. Hitler has been posited as a charismatic leader as he converted many brilliant people to follow him but the difference with his leadership style is that he represents the “Black Hat” of leadership; a leadership status that is not only a failing platform but one that represents destruction as opposed to innovation and expansion. Barring the Hitler-type charismatic leaders, there is hope for leadership at the political level. Eisenhower argued that successful leaders must care for their people as individuals, always remain optimistic, and place themselves with and for the people.

One example of these successful leaders comes from Steve Jobs, who dramatically changed and fundamentally built a different organization that still prospers today. Leadership plays a critical role in business and affects the way corporate functions run. Leadership, being the core of management, is crucial to and organization’s success—-both from a performance and management level.

According to Timothy Judge, Ronald Piccolo and Tomek Kosalka, leadership trait perspective is perhaps the most venerable intellectual tradition in leadership research that highly recommends an approach in which great men and women with certain preferred traits influencing followers to do what the leaders wish. This influence helps followers to achieve group or organizational goals that reflect excellence and some kind of higher order effectiveness.

In their book, Developing Management Skills, David Whetten and Kim Cameron collect and summarize them as being honest, inspirational, competent and credible. Furthermore, Shelley Kirkpatrick and Edwin Locke identify the following traits: drive (a broad term which includes achievement, motivation, ambition, energy, tenacity, and initiative), leadership motivation (the desire to lead but not to seek power as an end in itself), honesty and integrity, self-confidence (which is associated with emotional stability), cognitive or being able to think- on their -feet ability, and knowledge of the business.

One Scholar by the name of Burt Nanus suggests several other traits such as initiative, farsightedness, and integrity. Therefore, leadership trait perspective highlights that a leader is significantly different from other employees, and portrays various traits as a leader. What can leaders take from leadership trait perspective? The most important thing to do is list the traits of great leaders that you know and work with, then figure out how to acquire the traits that you fell will help you to prosper in your organization.

Timothy Judge, Ronald Piccolo and Tomek Kosalka‘s research explains the paradoxes of this perspective, where initially, there exist some mismatches between today‘s leadership conditions and those traits which have already been determined for leaders. In fact, this paradox reconfirms that some traits that were adaptive in ancestral environments might no longer produce adaptive behaviors in modern environments, especially when these environments dramatically differ, as is the case with those of modern humans running multinational corporations today.

New requirements are continuously required for leadership in global environments today. Subsequently, these traits may have different effects on the followers dependence on the situation, where a trait which aids one’s ascension to or success as a leader, might in other ways represent threats to one’s success or survival as a leader.

The ultimate paradox is that while leadership trait perspective tends to treat personality variables in an atomistic fashion, suggesting that each trait acted singly to determine leadership effects, it highlights that these personality traits could not have a linear impact on the outcomes of leadership, and conversely emphasize the role of other traits as a critical component of this relationship.

Although there are many issues that boggle the mind about leadership trait perspective, it is one of the perspectives of leadership that gets a great deal of air-time. The key is to see the traits, consider implementing them for yourself and your followers and not anticipate a large change in the leadership gaps that exist in the organization but simply improve individual performance.

By viewing employees as assets, they are treating human capital as an individual quality. Social capital is considered the quality that appears in interactions throughout the organization. Executives realize that relationships and interactions are a form of capital that can be productive. This was not enough, however, for executives. They needed to see how social capital can help in managerial decision making and planning and executing strategy. To help executives narrow the gaps.

Executives solve problems and Cindy Gordon at Toronto University feels that people across industries members frequently solve technical problems and share their ideas and knowledge together—especially when it comes to charitable and disaster-type events. This frequent contact and keenness to share existing practice and knowledge in solving daily technical problems can in turn enhance a shared understanding among corporations that make up certain industries and it does not even matter if they are in the same industry. Sharing best practices and experiences is highly relevant to leadership.

Executives have embraced leadership to instill major changes at the organizational level through changing attitudes and assumptions at the individual level. One way that leadership may be valuable in the knowledge-based economy is because leaders shed light on the critical role of employee’s attitudes and values in implementing change, and feature effective organizational change as a product of developing relationships with subordinates.

The key for executives is primarily that leadership fosters human assets and then moves them beyond self-interests by linking the individual-interests to the collective-interests. This new focus helps the organization develop a unique culture that is hard for the competition to duplicate. This way, executives can aggregate human capital into social capital to implement changes at the organizational level in order to provide valuable resources for the organization.

The outcome is success which narrows the gap between success and failure and this can be achieved by the commitment of employees and facilitated by an executive acting as a facilitative-leader for the purposes of organizing meetings and communication. Thus, leaders can improve knowledge sharing and subsequently develop participation in companies. Clearly, leaders inspire their followers to keep them highly engaged. Therefore, leadership should be embraced at the senior level of organizations to implement organizational change for future expansion into today’s hypercompetitive business environment.

One important dimension that leaders and all leaders world-wide can learn from this article is that leaders can build social capital to help followers to accomplish tasks that they would not ordinarily consider part of their competency. The question posited for top management executives and leaders in any and all organizations is to accept the challenge of leadership development in order to address the current gaps in leadership effectiveness and improve their competitiveness in today‘s changing business environment. 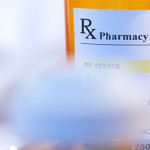