What Kind of Canada Do you Live In? 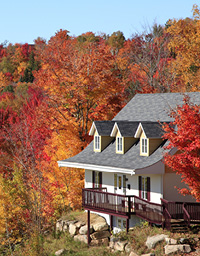 It’s not just the weather that’s cooler in Canada. This is what I talked to about with a taxi driver on a long drive to the airport.

You live next door to a clean-cut, quiet guy. He never plays loud music or throws raucous parties. He doesn’t gossip over the fence, just smiles politely and offers you some tomatoes. His lawn is cared-for, his house is neat as a pin and you get the feeling he doesn’t always lock his front door. He wears Dockers.

You hardly know he’s there.

And then one day you discover that he has pot in his basement, spends his weekends at peace marches and that guy you’ve seen mowing the yard is his spouse.

Allow me to introduce you to the real Canada.

Canadians are so quiet that you may have never got to know them, but they’ve been busy doing some surprising things. It’s like discovering that the mice you are dimly aware of in your attic have been building an espresso machine.

And then there’s the wild drug situation: Canadian doctors are authorized to dispense medical marijuana. Parliament is considering legislation that would not exactly legalize marijuana possession, as you may have heard, but would reduce the penalty for possession of less than 15 grams to a fine, like a speeding ticket. This is to allow law enforcement to concentrate resources on traffickers; if your garden is full of wasps, it’s smarter to go for the nest rather than trying to swat every individual bug. Or, in the United States, bong.

These poor benighted left of centre citizens are doing everything wrong. They have a drug problem: Marijuana offences have doubled since 1991. And Canada has strict gun control laws, which means that the criminals must all be heavily armed, the law-abiding civilians helpless and the government on the verge of a massive confiscation campaign. The laws have been in place since the ‘70s, but I’m sure the government will get around to the confiscation eventually.

They don’t even have a death penalty!

And yet … nationally, overall crime in Canada has been declining since 1991. Violent crimes fell 11 per cent in 2011. Of course, there are still crimes committed with guns – brought in from the United States, which has become the major illegal weapons supplier for all of North America – but my theory is that the surge in pot-smoking has rendered most criminals too relaxed to commit violent crimes. They’re probably more focused on shoplifting boxes of donuts from Tim Horton’s.

And then there’s the most reckless move of all: Canada decided to allow and recognize same-sex marriages. Merciful moose, what can they be thinking? Will there be married Mounties (they always get their man!)? Dudley Do-Right was sweet on Nell, not Mel! We must be the only ones who really care about families.

Not enough to make sure they all have health insurance, of course, but more than those libertines up north.

This sort of behaviour is a clear and present danger to all our stereotypes about Canada. It’s supposed to be a cold, wholesome country of polite, beer-drinking hockey players, not founded by freedom-fighters in a bloody revolution but quietly assembled by loyalists and royalists more interested in order and good government than liberty and independence.

If Canadians are so reserved and moderate, why are they so progressive about letting people do what they want to?

Canadians are, as a nation, less religious than the U.S., according to polls. As a result, Canada’s government isn’t influenced by large, well-organized religious groups and thus has more in common with those of Scandinavia than those of the United States, or, say, Iran.

Canada signed the Kyoto global warming treaty, lets 19-year-olds drink, has more of its population living in urban areas and accepts more immigrants per capita than the United States.

These are all things we’ve been told will wreck our society. But I guess Canadians are different, because theirs seems oddly sound.

Mark Borkowski is president of Mercantile Mergers & Acquisitions Corporation. Mercantile specializes in the sale of privately owned mid market companies selling to strategic or private equity buyers. He can be contacted at (416) 368-8466 ext. 232 or www.mercantilemergersacquisitions.com