Home | Features | March 12 | What to Expect When You are Expecting… A Birth of a Corporation!

What to Expect When You are Expecting… A Birth of a Corporation! 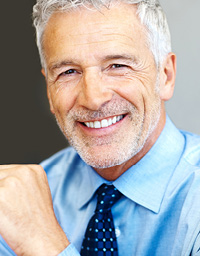 Before the idea in your head has even fully hatched for that “next big thing in business”, everyone had already told you, from your business confidantes to your neighbour’s grandmother, that “you should incorporate.”  You made some enquiries and you now understand the wonders of a corporation being a separate legal person, with its own assets and liabilities which can in turn have all sorts of wonderful legal and tax advantages.  However, what is practically involved in creation and development of this “legal offspring” of yours in Ontario?  The following is intended as a simple and basic outline of the process, acknowledging that entire chapters or even books have been dedicated to each of the points discussed.

Just like the case is with the human parents to be, the excitement over the potential names is usually the first step. The initial decision to make is whether to have a numbered or a named corporation.   If your corporation will, for example, be used solely to hold certain assets and will not be providing products or services to the public or the name will not be used as a marketing tool, then opting for a numbered name is cheaper, quick and easy.

When a specific name is desired, additional factors must be considered.  Unlike the baby names which are limited only by their parents’ preferences and creativity, the selection and use of corporate names is strictly regulated, and certain names are prohibited. For example, the names that would falsely imply an association with government, professional or banking connection, as well as obscene, scandalous or immoral names are prohibited. The name choices are further restricted as potential names cannot be deceptively misdescriptive or confusingly similar to an existing corporate name or a trademark.

A corporate name is considered confusing with the name of another corporation if the name is likely to lead to the inference that the two businesses are one and the same.  The test is practical, rather than technical, and the fact that the names have slight differences in spelling or phonetics will not help you at all, if the end result would still be that the public would potentially be confused. Moreover, anyone who uses a non-distinctive corporate name may also be sued in an action known as “passing off”.  Basically, the original user of a similar name will claim that your new corporation has misled the potential customers by “passing off” certain products as your own, hence depriving him or her of the profit.  The members of the public may also commence an action if they incurred damages as a result of purchasing a product from your new corporation, rather than from their intended provider with a similar name.  On the flipside, you also do not want a name that is too common or confusing with an existing entity, where the risk would exist that you could lose potential customers if they went to someone else, thinking that it was your corporation.

With respect to trademarks, the user of a name which has become associated with a product or service is entitled to preclude others from using that name.  If any of the above becomes a reality, the risk is that, in addition to paying any damages, you would be forced to change your corporation’s name just as your business starts building its own goodwill and reputation and after you spent considerable time and energy in marketing costs.  To deal with the risks described above, a proposed name is used in a search of a database containing all of the existing names and trademarks.  Such search is a pre-requisite to filing of the incorporating documents.  In effect, the search reserves the proposed name and provides a basis for analysis of the risk factors discussed above.

The risk is significantly reduced if your desired name contains a unique or distinctive word setting your company apart as well as descriptive word illustrating what sort of business your company is involved in.  Finally, a name of a corporation must contain a legal ending such as “Incorporated”, “Limited”, “Corporation” or certain prescribed abbreviations or French versions.

The “garden variety” simple corporate structure will involve issuance of unlimited number common shares, where such common shares contain rights to vote, receive dividends and the holders are entitled to receive the remaining property upon liquidation, dissolution or winding up.  The sky is the limit in naming and creating numerous other classes of shares, depending of variety of factors, so long as all of the above rights are distributed among various classes of such shares.  In order to have a closely held, private corporation, the articles also contain a provision setting out that the transfers of shares are to be approved by the directors, limiting the number shareholders as well as setting out that invitation to public to subscribe for shares is prohibited.

Upon properly completing the articles and paying the appropriate government filing fees, the articles of incorporation are filed.  The corporation is assigned a corporate number and comes into existence as of the date stamped on the articles.  Congratulations, your corporation is born!  It is important to note that the Corporation cannot carry on business or identify itself to the public by a name or business style other than its corporate name unless a desired business name or style is first registered under the Business Names Act (Ontario).  If a different business name is desired, then additional forms are completed and filed.

While the corporation is now born, there are still number of steps involved in properly organizing it and completing the process.   The first set of corporate resolutions are prepared for execution by the corporation’s directors and shareholders.  The shareholders subscribe for shares and elect the directors, based on their shareholdings.  The qualifications for being appointed as a director are fairly minimal, as anyone who is at least 18 years old, of sound mind and not bankrupt, qualifies.  A majority of the directors must be Canadian residents.  Each director in turn signs a consent to act as a director.  The directors have sweeping powers to manage and supervise the management of the corporation, and have imposed on them a statutory obligation to exercise their powers “with a view to the best interests of the corporation”.

Just like politicians, the directors can at a later point be voted out of their position, but while they hold the office, they can act as they see fit.  The directors in turn appoint the corporation’s officers, who are the employees of the corporation, such as president, secretary, treasurer or any other desired offices.  Their function is to run the day-to-day operations of the corporation within the long-range policies laid down by the directors.  The organizing resolutions typically also set out the financial year end and may also appoint the corporation’s accountants, approve the banking resolution (in the form provided by the Corporation’s bank), adopt a form of share certificate if desired, as well as approve issuance and transfers of the shares to the shareholders.

As a part of such organizing resolutions, the corporation’s first by-law is also approved.  While the articles of incorporation contain certain fundamental information, the by-law contains more detailed information on all kinds of corporate matters, from the types of offices held in the corporation and the associated obligations, to the regulation and process involved in calling and holding of the meetings.  Also, the by-law typically sets out the manner by which contracts are to be executed by the corporation, provisions dealing with shares and certificates, dividends and many of the other rules.

Basic corporate information containing the corporation’s name, registered address as well as names and addresses of the initial directors and officers must be initially filed in the prescribed form with the government.  If there is a change in officers, directors or registered head office of the Corporation, a notice of change, in the prescribed form, must be filed within 15 days.  At this time, the corporation’s principals with also apply with the Canada Revenue Agency for a corporation’s business number which is in turn used to obtain an HST number if desired, or open other corporate accounts.

All of the filed and signed corporate documents are then neatly organized in a binder, commonly referred to as the minute book, and any further filings and resolutions are then diligently filed so that the minute book is kept up to date.  Now that your corporation has been duly incorporated and organized, you can re-focus all your energy on that “next big thing in business” that started it all.

* Faruk Gafic practices in the areas of commercial real estate and leasing as well as corporate law with McLean & Kerr LLP, a law firm based in Toronto. 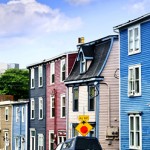 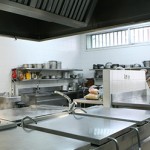