When the Epidemic Curve Flattens

It’s taken too long for many governments, including Canada’s, to recognize the seriousness of the Corona virus pandemic when even days of delay can have large effects on the ultimate death toll. It is only now that our governments are recognizing that successfully flattening the epidemic curve means that we could be self-isolating for more than just a month or two.

It is not too soon to start planning for the phase after, when it is time to begin relaxing the social distancing measures.

If this relaxation is not done very carefully, the epidemic will simply resume. During the 1918 Spanish flu epidemic, which killed tens of millions world-wide, some cities like St. Louis quickly instituted rigorous social distancing while others, like Philadelphia, did not. Both had resumptions of the epidemic after their social distancing and quarantine efforts were relaxed.

At present, a major issue is that we do not even know, in Canada and in most other countries, how many individuals are infected. We know how many cases have been reported, but these tend to be individuals with more than very mild symptoms. Various studies have estimated that for every reported case, there could be anywhere from 10 to 100 unreported cases.

It is possible to successfully limit the spread of the virus, as we can see in Wuhan, Singapore, Taiwan and South Korea, and to avoid the catastrophe unfolding in parts of Italy, where doctors are now having to decide who among their gravely ill patients can have their life saved with a ventilator.

But how will we know when and how to begin relaxing the very stringent social distancing measures now being implemented, and allow Canadians to safely resume their daily lives without fear of getting sick, and without the risk of infecting anyone else?

There is an international movement to develop smart phone apps that, with big data analytics, could provide critically needed real-time information to help track the pandemic. But serious options quickly run into questions of protecting personal privacy, especially with the public’s growing concerns about the behaviours of high-tech firms like Google, Facebook, Amazon and Twitter.

So, is there a way, in Canada, for us to be both sensitive to very real concerns about personal privacy and be able to use the obvious potential of social media-type apps?

In principle, individuals with immunity, could be issued a “green card” authorizing them to resume fully all their social activities. On the other hand, those who are infected would have a “red card,” while those who are still susceptible would be in a “yellow” state. In fact, China is implementing a system like this using a smart phone app already. If your phone shows red, your freedom is highly restricted.

Obviously in Canada, surveillance measures would have to be compliant with protections guaranteed under the Canadian Charter of Rights & Freedoms and relevant federal and provincial privacy laws. But there would be major benefits to developing this kind of data infrastructure to manage both the current and subsequent phases of the pandemic.

Public health policy and implementation need smart ways to manage the relaxation of COVID-19 containment measures. This includes being able quickly, in real time, to identify clusters of new infections and isolate them; and to monitor people arriving from outside the country in case they become infectious.

It will also be necessary to monitor the movements of any already infected individuals in order to enforce their isolation as the large pool of Canadians who would still be susceptible to infection return to more normal social life. Canada’s current infectious disease surveillance data flows are simply not up to the standards of countries like Taiwan.

Still, there are very serious trade-offs here. The more detailed the data collected, the more sophisticated the evidence that can be produced to inform smart public health policy. But at the same time, more detailed data collection will be more invasive of individual privacy.

It is not too soon to begin discussing where to strike the right balance. 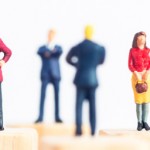