When the Worst Happens Here’s What You Can Do

In business just as in life there are times when simply ‘the worst’ happens. It might not actually be the worst but you imagine and feel it is. At this normal point in someone’s life or career, incidentally experienced by everyone on the face of the planet at various points in their lives, the key question to ask is, “What do I do now?” Of course there are always degrees of worst and what might be worst for you might not be worst for someone else. But in these circumstances it is not what the other people think (at least not initially), it’s what you think and what action (if any) you decide to take. Let’s investigate this most natural of phenomena a bit further…

The first thing to realize when ‘the worst’ happens in business is that you will naturally start to feel something; maybe even multiple feelings with many of them conflicting. These feelings are caused by your brain firing at what seems like an incredible rate of knots, causing a chemical and emotional reaction within your body. It’s likely (the most common reaction), for the mind to race to worst-case rather than best-case scenarios at this point. You immediately think of everything that could possibly go wrong and what the implications will be for you. Your breathing will likely increase, your chest and shoulder muscles will likely tighten up, your pupils will dilate, and your body temperature will start to rise. You are in the early stages of panic, with the fight-or-flight syndrome quickly being developed as your only option. At this stage if you are anything like me, your inner voice is probably coaxing you to just scream out loud… but in a business environment this might not be the best thing to do.

Instead of fighting or running, let’s look at some alternative options, ones that will likely create better, more calming and more beneficial outcomes. In my opinion it’s in the seeking of these other options in the heat of the moment that really separate average leaders and great leaders.

1. Trying breathing for a minute: this might sound a bit obvious, but really concentrate on just breathing for three or four deep breaths. I guarantee that if you can learn this little physical practice, it will benefit you time and time again. You see something magical happens when you take your mind away from the immediate crisis for a few moments and concentrate on you. By breathing deep and concentrating on your breath, you somehow divert your mind for a few crucial moments, and that time seems to be enough to silence the angry Reptilian Brain, the part of the brain that reacts but does not think, and the one that causes the flight-or-fight reaction. This little exercise can be enough to reverse all the physical reactions mentioned above and get you back to a more normal operating mode.

2. Ask questions: this again might sound simple, but it allows something else to happen within your brain. The Primate Brain – the largest part of the brain and often considered to be the thinking part – gets a chance to be activated. It deals in logic and tries to correlate things. So give it a chance by immediately asking clarification questions. It’s through this asking and investigating that you can find much clarity to your situation. This questioning exercise might be an internal one initially, or might involve other people. In either case, try and be gentle, and try and keep your emotions in check as appropriate. And remember to keep breathing.

3. Look at options: without the benefit of taking a little time to ask questions your mind has the capacity to immediately jump to conclusions and maybe actions, and certainly to outcomes and implications. As an example I have often sat in Executive meetings and been confronted by ‘the worst’, and my mind somehow miraculously and in record time (instantaneously if I am honest about it), comes up with an answer, action or outcome. Of course since it was derived so immediately, it had to be the correct one. Instead try the little practiced leadership trick of ‘The Rule of Three’. It simply means you cannot stop pro-actively looking at options until you have come up with three (credible) options. In fact once you start to embed this simple process into your business career, you can take it a step further as many exceptional leaders do and seek the three options as being GOOD, BETTER and BEST. This really separates cool, calm and highly disciplined leaders from the rest.

4. Make a clear decision: with three credible options now available to you, leadership requires that you make a clear decision and pick the best option in the shortest period of time. By doing so, you feel empowered, and in-control and have started to wrestle ‘the worst’ to the ground. You will now feel more positive since knowing what action to take generates internal confidence and energy.

5. Take action quickly: since ‘the worst’ has not yet been fully dealt with through action, its time to create the best possible outcome through the apparently obvious action of taking action. In my opinion the sooner this can be undertaken and completed the better, since it will then release ‘the worst’, allow the best outcome to prevail, give you a feeling of achievement that you handled ‘the worst’ well and all in a timely manner. Additionally it should help re-enforce that this simple 5-step process really is powerful, and actually as powerful as you want it to be.

One of the questions to ask now is, “Does the above process actually slow me down?” In my experience it does exactly the opposite, especially when you are part of a group who may all experience ‘the worst’ at the same time – this seemed to happen most frequently to me at Board or Executive meetings. It’s easy for negativity to breed more negativity, and it takes a great and wise leader to immediately see what is happening and nip it in the bud. When individuals or teams break away from the initial shock of ‘the worst’, and instead create credible, workable solutions, choose the best one and then implement it quickly, then positive momentum is created.  Just like a steam engine gathering speed, after a while this positive momentum can be almost unstoppable.

As a parting thought and something that changed my own approach as an Executive and that of my sales team in a previous life, was when I asked everyone to eradicate negative-connotation words like ‘problem’ and ‘issue’, and instead transform them into positive, action-inspiring words like ‘challenge’ and ‘opportunity’. It did take a bit of effort, and I know it seems like a small change, but the output was quite remarkable. Everyone felt more empowered, there was more fun in the team, and we genuinely believed we could solve whatever ‘worst’ challenges were thrown at us. And we did. 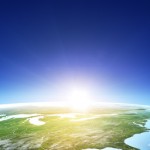 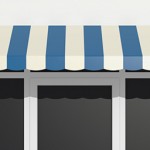