Where is Canada’s Economy Going?

How far are we from being six feet under? The degree to which Canada’s economy is doomed has been one of great discussion and one of varied response. Our current situation dictates that the key to our survival depends upon the willingness of foreign investors to buy more Canadian debt. In essence, the present system of government has brainwashed us into accepting that our success hinges on our attracting foreign investors who will help us dig our own graves.

Confused? Good. No business worth a plug nickel could survive in this manner for very long and neither can Canada without the hope of ending this cycle of foreign borrowing. We are able to borrow because we still represent a certain degree of security and stability in this world of constant turmoil.

Canada is a land full of resources. Unfortunately, many of these resources are non-renewable and when these resources disappear, our ability to secure foreign “investors” will come to an abrupt halt. Slowly, but surely, Canada is being pulled by a maelstrom of forces whose speed is increasing exponentially into a vicious cycle leading to economic demise.

A round-table was convened by the C.D. Howe Institute early this year composed of prominent business economists to discuss Canada’s economic situation. Needless to say the tone was both ominous and foreboding. Published under the name “Avoiding a Crisis”, the resulting report emphasized that our increasing levels of foreign liabilities may result in a sudden end to further investment in Canadian debt. The report focused on several key areas of concern.

A short-term look at Canada’s economic prospects revealed some worrying figures. As a nation with a public debt of approximately $1.9 trillion, $800 billion of it comes from and must be paid out to foreign investors. The province of Ontario borrows approximately 77% of its annual debt financing from foreign lenders. Our situation has become so serious that we can no longer count on financing as a given. Several panelists contend that Canada’s ability to secure significant amounts of foreign debt at a reasonable rate of return could end within two to three years. Time may fly when we are having fun, but if we fall from grace, it will be a most painful and demoralizing experience.

Furthermore, the panel does not foresee any sustained rapid expansion and major reductions in unemployment. They attribute several key factors as reasons for their negative outlook. First, a continually weak world economy will be unable to spark any renewed interest in the Canadian economy. We are not on the edge of any technology or creative process that would make anyone think otherwise.

Another factor attributed to a lack of enthusiasm for our future deals with our continued structural problems. These structural problems range from inter- to intra-governmental relations. It becomes increasingly difficult to deal with serious social and economic crises, when there exists so much internal bickering and dissatisfaction. This leads directly into the third factor which deals with government’s inability to inspire confidence in the populace. In our day and age of cynicism, it would be stretching the imagination to believe that government could seriously inspire its population; however, is it too much to ask for from our leaders to instill an inkling of confidence that our government is doing a relatively adequate job of leading the country. Rather than wasting our time complaining at the abuse of government spending, our collective efforts could be used more productively elsewhere tackling more substantive issues.

A final consideration deals with the difficulty in correcting our deficiencies while inflation remains low and real interest rates remain high. Although none of the members urged a loosening of our tight monetary policy, they did acknowledge the difficulty government would have emerging from our economic condition under such conditions.

A second issue addressed by the members dealt with the relationship between federal and provincial deficits and their ties to foreign borrowing. The overall tone seemed to be similar, that regardless of the level of government, the people being taxed to finance their programs and growing debt are the same. Our current approach is to look at these problems as originating in different political arenas; whereas in the end, they must all be dealt with in order to provide a stable understanding and healing of the big picture. In conclusion, the consensus seems to be that the problem between federal and provincial borrowing is wholly intermingled and the separation of such issues would only be to the detriment of solving Canada’s poor economic situation.

Canada’s policy record between 1984 and 2015 was also an area of discussion pertinent to determining whether our fiscal crisis is real or imagined. The prominent business economists were, for the most part, in agreement with the adoption of free trade and continuing along the road of deregulation.

However, there were no cheers being echoed with respect to our “loose” fiscal policy from the government. Our difficulties grow when there is a clash between growth, unemployment, attempted fiscal restraint and tight monetary policy. When our attentions focus on one over the others, cracks begin to emerge in our game plan. Each piece of Canada’s economic puzzle must be carefully placed and cared for if we are to escaped with our nation in good standing.

Government responsibilities in collection and expenditure of funds are a crucial point of discussion. Many members stressed the need to overhaul the tax system to raise revenue without raising taxes. Our tax burden over the period between 1980 and 2105 rocketed to 47.4% from 31.6%. Increasing taxes any further would cause a revolt, even from this politically passive country.

A 2015 study published by the Fraser Institute shows that one-third of all government revenue is collected in indirect-hidden taxes. If direct taxation is not increased it is crucial for our economic well-being that government not increase indirect taxation because, quite simply, there is not enough money in our pockets to spend. Government expenditures do not have the same effect on the economy as do individual expenditures. An exorbitantly high percentage of government spending is lost in soft administrative costs, reducing the overall impact of government spending tax dollars on our behalf. Reforms of our taxation policy must take a close look at the greater efficiency of individuals spending their own tax dollars.

An issue that arguably needs the most attention and will be the most difficult to deal with is coming to an agreement among the various levels of government on a sound fiscal strategy. Currently, there is no consensus with regard to the areas that must be cut. One can imagine the difficulty in obtaining a consensus from a group of prominent economists, so how much more difficult would it be with politicians? Although their solutions differed, the panel agreed that the key is a need for self-improvement and a shunning of further foreign indebtedness. These conclusions seem to indicate one simple fact: we have to do it ourselves.

Our problems must be addressed before it is too late and we have not yet reached the six feet under mark. Until it is completely over it is never too late to change our ways. At this point we have no other choice. If we stand by and do nothing, the situation will not fix itself. We have learned many lessons about the market economy in the last twenty years and one of them has clearly shown that spending our way out of economic troughs cannot be a long-term policy, no matter how appealing it may seem when times are good. Spending becomes an almost never ending cycle of begging, borrowing, and stealing. Canada must produce materials desirable in international market places. Rather than borrowing from foreigners, perhaps it is time we sold them our finished goods. Selling our goods at reduced rates to pay for borrowed capital serves the foreigner and not the Canadian. Our collective goal should be to reverse the process.

Government take heed because our first responsibility lies within our national boundaries. Any individuals with foresight can see what will be required from themselves in the future and prepare. This preparation will mean a greater support from government for education, which will enable our citizens to compete on an international scale. It is pointless to compare our educational standards with other provinces or countries with poorer showings. We must compare ourselves with the best because only the best will survive. As a country, we can no longer count on geographic proximity to save and sell our hides. Improvements in transportation and communications virtually negate all advantages of distance. The best products made in the most efficient manner will win the economic battles of the future.

Although not all of Canada’s economic news is sour, we must remember that we have fallen further than most, so any signs of improvement must be taken with a grain of salt. Over-confidence can be a great weakness in such uncertain times. Preparation is the only key to success and this is not something that happens overnight. Unfortunately, as a country, we needed it yesterday.

Mark Borkowski is president of Mercantile Mergers & Acquisitions Corp. Mercantile is a mid market mergers & acquisitions brokerage firm based in Toronto. You can reach him in confidence at www.mercantilemergersacquisitions.com 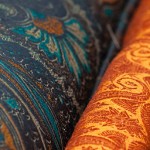 Apparel and Textile Sourcing Canada to Debut in Toronto 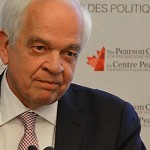 Building a Workforce Through Immigration