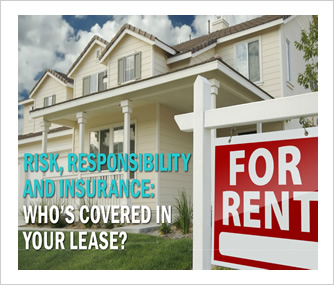 Have you reviewed the insurance clause in your lease agreement lately? If not, now may be the time to have a look. On February 22, 2008 the Ontario Superior Court of Justice considered the language contained in the insurance provision of a commercial lease agreement in Harlon Canada Inc. v. Lang Investment Corporation and Lee Stephens carrying on business as Stephens Mechanical (“Harlon”). At issue was whether the insurance provision, while clearly protecting the landlord, also protected the landlord’s independent contractor for damage caused by the contractor to the tenant’s inventory.

The tenant appealed the court’s decision and on September 22, 2010, the appeal judge upheld the decision and dismissed the appeal. In reviewing the decision, the appeal judge made reference to the following two factors which had been raised in supporting case law: first, did the parties to the contract intend to extend the benefit in question to the third party seeking to rely on the contractual provision? and second, are the activities performed by the third party seeking to rely on the contractual provision the very activities contemplated as coming within the scope of the contract in general, or the provision in particular, again as determined by reference to the intentions of the parties? The appeal judge concluded that the landlord had secured a clause which gave the protection of the waiver of subrogation clause to the landlord and to the contractor the landlord was in law responsible for and “the landlord was entitled to the protection he had bargained for in the lease.”

Compare the Harlon case to Broben Investments Ltd. v. Cadillac Contractors & Developments Ltd. et al (“Broben”), a 1962 decision of the Ontario High Court, where the tenant in the Broben case was in fact successful against the landlord’s general contractor for negligence and would have succeeded against the landlord had it not been for an “escape” clause in the lease which “by its words protects and was only intended to protect the landlord and not any other person.”

What do these decisions mean to landlord’s and tenant’s? It appears that a waiver of subrogation protects the landlord from being sued either directly or indirectly, unless the lease clearly provides otherwise.