Home | Features | May 21 | Why Employee Termination Provisions May Cost Employers

Last summer, the Ontario Court of Appeal released its decision in Waksdale v. Swegon North America Inc., imposing significant financial consequences on businesses who fail to draft written employment contracts that reflect their statutory obligations as employers to employees. In doing so, Canadian businesses were given additional worries to consider as they navigate the economic uncertainties arising from the Covid-19 pandemic.

MOST BUSINESS OWNERS would be familiar with the facts underlying this proceeding.

Swegon North America (“Swegon”) hired an employee based on the terms stated in a written employment agreement. The agreement stated Swegon had the right to terminate the employee for both a stated reason (a “for cause” termination where Swegon would not need to provide any additional financial payments in lieu of notice) and without a stated reason (a “without cause” termination, which Swegon would be required to provide additional financial payments to the employee).

Crucially, the termination for cause provision violated Swedon’s statutory obligations under the Employment Standards Act, 2000 (“Act”), which only allows an employer to terminate an employee without any additional financial payment, if the employee is guilty of intentional misconduct, disobedience or neglect of duty.

Swegon terminated the employee without cause a little more than ten months later. On termination, Swegon paid the employee two weeks pay in lieu of notice – more than the amount Swegon was legally required to pay.

In response, the employee commenced a lawsuit, seeking six months pay in lieu of notice for his ten months of employment, arguing, amongst other things, that Swegon’s failure to draft termination for cause provision compliant with its legal responsibilities under the Act meant that Swegon was not able to rely on any component of the termination provision.

Surprisingly, the Court of Appeal agreed with the employee’s lawyer.

The Court’s reasoning in Waksdale has significant implications on how Canadian businesses approach the termination of an employee.

Before Waksdale, pragmatic business owners – advised by practical employment lawyers – could simply focus on ensuring the Company satisfied their statutory obligations to a terminated employee, solely at the time of termination.

As a consequence of Waksdale, such a reasonable approach is no longer tenable. Today, the presence of any illegal element in the termination provision of an employment contract will likely expose the business to the risks of paying each terminated employee between two to 10 times what that employee is entitled to under the Act; a potential difference of hundreds if not thousands of dollars.

In the aftermath of Waksdale, Canadian businesses face a stark choice: in conjunction with legal advice, identify – and strategically address – any potential risks that the termination provisions in employment relationship violate their statutory obligations as employers. Alternatively, do nothing and risk spending thousands of dollars more on costly legal proceedings and substantially increased payout amounts to employees to settle these disputes.

Romesh Hettiarachchi is a modern fractional chief legal officer who helps startups and SMB’s leverage the power
of legal advice to grow. With more than a decade in commercial law, Hettiarachchi provides business owners with thoughtful and practical legal advice designed for the long-term needs of the business. 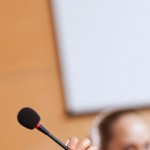 Lessons For Leadership Success No One Teaches You About 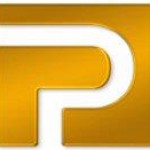