Home | Features | May 20 | Why has Canada’s Data Collection Been So Bad?

Why has Canada’s Data Collection Been So Bad?

Canadians are finally seeing projections of COVID-19 cases, deaths and needs for intensive-care units from various provinces and the federal government. We are also starting to see simulations that look beyond the next month when, hopefully, epidemic curves are clearly flattening.

Canada’s national data-collection capacity will be critical for the next stage of the pandemic, when relaxing of the stringent physical-distancing measures can begin. Yet our data-collection infrastructure is proving woefully inadequate.

To be effective, an extraordinary and co-ordinated national effort is required, with much more extensive testing and real-time standardized reporting of results, from local to provincial to federal agencies. These data on the tests will be much more powerful for managing the pandemic if they also include pre-existing diseases and risk factors such as smoking.

These kinds of data flows are obviously feasible with current computing and communication technologies. Indeed, they were feasible 20 years ago when the federal government created the Canada Health Infoway corporation and provided it with billions of dollars. One of its missions was to work with the provinces to develop interoperable real-time “outbreak detection” systems.

Had these systems been in place even as late as last year, Canada would not have wasted critical weeks and months in reacting to COVID-19. And if these systems were in place now, we could manage relaxing the current lockdown phase with “smart quarantine” and reap the major benefits of returning the economy to normalcy at a faster rate.

So why do we still not have this real-time standardized data-reporting capacity?

One blockage is the constitutional conflict over jurisdiction; the provinces claim almost exclusive jurisdiction over health care. The federal government also plays a substantial role, spending billions on health research and fiscal transfers to the provinces and regulating drugs and devices – on top of the billions given to Infoway – but it has been too timid to use all its powers much beyond ineffectual cajoling.

Another blockage is fear of transparency. It has taken strong public pressure for governments to begin providing even limited epidemic-curve projections on which their policies are based.

Of course, we need to ensure patients’ sensitive health data remain confidential except as needed in their circle of care. However, as the Council of Canadian Academies noted in its 2015 report, data custodians too often use privacy concerns to block access, stymieing major benefits of health research and, in the current emergency, support for both smart quarantine and much better modelling and projections.

What can we do about these completely unacceptable blockages? There are several places to start.

The Canadian Medical Association can offer strong leadership by supporting real-time interoperable data not only for their own interests and individual patient care, but also for broader health-system uses, not least for epidemic detection and management.

The private-sector vendors of electronic medical-record systems can immediately cease their profit-capturing data blockages and allow their software to interoperate in real-time with those of other vendors and government systems.

Provincial governments can agree quickly on more in-depth and uniform data standards for hospitals, labs and physicians so that, along with the federal government, they can quickly and unambiguously assemble these data, especially virus-testing results.

Privacy commissioners need to alleviate the excessive concerns over privacy around health data, to rise above responding only to complaints, and to make it clear that – especially in this emergency situation – they support essential data flows, provided that basic privacy protections are in place.

The Public Health Agency of Canada and the provinces can open up their data beyond a few pages to the energy and creativity of Canada’s excellent university-based health researchers and modellers and support the CIHR-funded pan-Canadian network.

In turn, Statistics Canada can expedite a virtual form of its Research Data Centres so that bona fide health researchers can access much higher-quality data with appropriate privacy protections.

The federal government must assert its leadership and authority, using its constitutional powers, to set critical national standards and enforce the collection, sharing and use of public-health data – and finally bring Canada into the 21st century of critical data infrastructure. 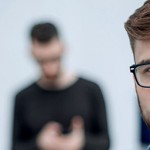 Hack Your Culture to Lead Through COVID-19 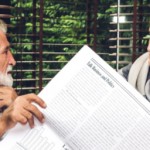