Today’s globalized nature of competitiveness is placing more pressure on organizations to employ effective leaders who are capable to develop a global vision for organizations. Leaders need to think globally yet act locally because local strategies need to be realigned with the global economic integration and for individual countries. Leadership plays a critical role and is a strategic prerequisite for business success in global markets. Some scholars, such as Yuen Cheung, Bernard Bass and Bruce Avolio, emphasize that leadership is tantamount to executive’s success. There is a global need to investigate leadership theories to accomplish sustainable competitiveness in global markets.

Robert Greenleaf, first wrote an essay that later became his book title The Servant Leader. He introduced the term ‘servant leadership’ into the business literature for the first time and caused some controversy in the corporate boardroom while added some value among the religious clergy.

Greenleaf, was not only a scholar, servant leadership came out of his work experiences at organizations such as MIT and the influence of Hermann Hesse’s Journey to the East. Greenleaf largely gained his insights through the central character of ‘Leo,’ who becomes a servant leader and speaks about the Law of Service: He who wishes to live long must serve, but he who wishes to rule does not live long. Greenleaf recognized the main message of this story, and concluded that “the central meaning of it was that a great leader has experience as a servant to others, and he felt that this fact is central to his or her greatness. True leadership emerges from those whose primary motivation is a deep desire to help others.”

Servant leaders are those who turn the organizational chart upside down, putting the customers at the top. For instance, Greenleaf argues that the great leader is seen as a servant first, and that simple fact is the key to his or her greatness. The advantages of the servant leadership model are its altruism, simplicity, and self-awareness. It emphasizes the moral sense of concern for others, reducing the complexity engendered by putting personal desires in conflict with those of followers. Servant leadership can be clearly seen as rooted in the clerical leadership perspective in that Christ’s leadership when Greenleaf says that the words “service,” “to serve” and “servant” occur over 1300 times in the revised version of the St. James bible. For example, Jesus once said: “Whoever wants to become great among you must be your servant, and whoever wants to be first must be your slave—just as the Son of Man did not come to be served, but to serve and to place his life as a ransom for many.”

The servant leadership model highlights Jesus as an ultimate example of a servant leader, and suggests applying the leadership insights that Jesus gives us within organizations. In this way, Richard Warren posits that “you are going to give your life for something. What will it be? A career, a sport, a hobby, fame, or to acquire wealth? Unfortunately, none of these things will have lasting significance”. According to the model, only service to others, is the pathway to real significance. Michele Lawrence and Larry Spears in their book, Practicing Servant Leadership: Succeeding through Trust, Bravery, and Forgiveness, concentrate on the characteristics of a servant leader, and recommend ten fundamental characteristics:

Greenleaf acknowledges some criticisms about servant leadership, and posits that: “In a time of crisis, like the leadership crisis we are now in today, if too many potential builders are taken in by a complete absorption with dissecting the wrong and by a zeal for instant perfection, then the movement so many of us want to see will be set back. The danger, perhaps, is to hear the analyst too much and artist too little.”

The practicality of the model still exists and has its roots in helping others and providing hope in an environment that seems to be not only hypercompetitive but also elusive for companies to find a stronghold. Therefore, Chris Lee and Ron Zemke evaluate this leadership model from a pragmatic perspective, and explain that while servant leadership is about shifting away from the old paradigm of a hierarchical pyramid-shaped organization, it “ignores accountability and the underlying fundamental aggression of people in the workplace”. Therefore, this, taken at face value, all leaders should serve their organization and its people to provide the customer and shareholder with the best possible service but the practicality of the model indicates that servant leadership cannot represent a complete answer to need for leadership in today’s global market environment. The key is to see the model, consider implementing service for your organizations and your followers and not anticipate a large change in the leadership gaps that exist in the organization. 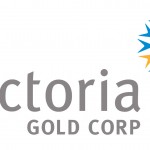 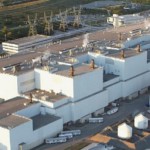