Why the Situation in Greece Matters to Canadians

The issues with Greece are well documented.

Greek debt remains north of $380 billion, and has had a number of sanctions imposed on them by creditors. The country’s GDP comprises less than 0.4% of the global economy (Greece would be Canada’s fourth-largest province), but new developments in the Greek saga can be felt globally. Greece’s Left-wing Prime Minister, Alexis Tsipras continues to revolt against the austerity that the Troika (International Monetary Fund, European Central Bank, European Commission) is supposedly imposing on the nation.Tsipras’ has refused to make any further cuts to Greek pensions, and has also ruled out the idea of a tax increase. The Prime Minister’s tepid action has caused Germany’s Chancellor Angela Merkel to question whether the Greek government is taking the issue of debt repayment seriously.

Time is running out.

By refusing to raise taxes, Tsipras has forsaken his most powerful tool in reducing the Greek debt load. It is beginning to look increasingly possible that Greece default on its credit obligations, the repercussions of which will be felt on a global scale. Since 2012, private institutions have been divesting their stakes in Greek debt, with almost the entire amount being held by public entities now. This has been a consolidation of exposure to a Greek default, as well as an overall market desensitization to the Greek debt crisis, but it will still most definitely be impactful to other nations.

The financial crisis of 2008 was catalyzed by the default of a single firm (Lehman brothers). So how does the current Greek situation affect Canadians? How does a Greek default affect Canadians?

The main reason the Greek debt crisis impacts global markets, trade, and exchange rates, is because it introduces global uncertainty.

“Broader markets can be impacted by changes in Greek sentiment, as we have seen recently. When positive news comes out of Greece, global equities tend to tick upwards, as both institutions and individuals move away from safe investments. The inverse is also true.” said Rahim Madhavji of KnightsbridgeFX.com

For Canadians, this impacts the TSX as well as the Dow Jones, NASDAQ, and S&P 500.  Your retirement savings shrink on mundane negative Greek sentiment, with the possibility of markets panicking in the event of a Greek default. Since the Greek debt crisis has been in the public eye for several years, the market impact of a Greek default is very uncertain. A default is partially priced into the market, but could still have a very material effect on Canadian investors.  A Greek default will scare investors, causing them to move assets from riskier equities to safer options. This could harbour a new bear market, where people become more conscious about spending, hurting the housing market, the job market, and the economy at large.

The trade impact the Greek crisis has on the Canadian economy is abstract. Although Canada and Greece are not prominent trading partners there will still be an impact on the Canadian economy. A steep drop-off in European economic conditions could certainly hurt Canadian exports to the Eurozone. In the event of a default, it is very unlikely that a Canadian recession would be triggered.

“The global financial system is based on trust and once there is a crack in the window, people will start to lose faith and run. The crack gets bigger and the system freezes. A Greek default could spread widespread panic that could have widespread trade implications. If Greece defaults, will other nations be less likely to enter contracts with Italy or Spain? This global uncertainty is what could have a widespread impact, despite Greece’s relatively small size. Other countries that have a large amount of debt may become untouchable as refinancing their debt may be difficult, the cost will increase, and a self-fulfilling default may occur, simply because of Greece.”

Impact on the Dollar

“In the event of a Greek default, the Canadian dollar is likely to weaken relative to the US dollar. Flows will move in to the safe haven US dollar.  As global uncertainty increases, money will flow to government bonds, lowering their yield. U.S. treasuries will be amongst the most highly sought after, which will widen the spread between U.S. and Canadian government bonds. A perceived weakening global economy will also put downward pressure on commodity prices, which for a resource-heavy country like Canada, would further suppress the dollar. This lower dollar will serve to cushion the recessionary impact by helping exports.” said Rahim Madhavji of KnightsbridgeFX.com

At this point, it’s an axiom that a lot is at stake with the Greek crisis.

It is in everyone’s best interest for Greece to remain in the Euro, even North American economies. The global economy would prefer for this to happen. If Greek elected officials are unwilling to work with their creditors to take reasonable measures to reduce their debt-load a Greek default is all but assured. A default could trigger a global recession, but if Mr. Tsipras is unable to meet his debt repayment obligations, it’s the only choice the Troika will have.

While the probability is low that Greece exits the euro zone, the impact if it leaves could be devastating.Think back to the U.S. recession in 2008 and its impact on the stock market, labour market, and international trade.  Don’t leave all your eggs in one basket and have a plan if you think your work or investments could be severely impacted.

We’ve had these Greek negotiations before and that’s why there is no panic.  The boy already cried wolf before.  We all expect a deal to get done.  Only time will tell.

Rahim Madhavji is President of KnightsbridgeFX.com, a currency exchange company that helps Canadians get better exchange rates than the banks.  Mark Borkowski is president of Toronto, Canada based Mercantile Mergers & Acquisitions Corporation. Mercantile specializes in the sale of mid-market companies in Canada. 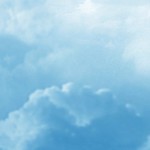 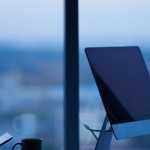 How to Successfully Partner With Partners