Wilful Blindness, How a network of narcos, tycoons and CCP agents infiltrated the West by Sam Cooper

OTTAWA, June 09, 2021 (GLOBE NEWSWIRE) — News broke in the New York Times of the FBI and Australian federal police landing a major blow to transnational drug cartels, by tricking thousands of gangsters to use an encrypted comms app secretly run by the FBI.

What these bombshell stories do not disclose, are the background revelations published in Sam Cooper’s best selling new book, Wilful Blindness. In the chapter “Compromised Nodes” Cooper reveals that alleged RCMP mole Cameron Ortis, the federal force’s former head of intelligence, was allegedly offering protection to Vancouver-based encryption comms companies including Phantom Secure, and potentially EncroChat. Cooper’s book reveals how Vancouver has become a high-tech hub for encryption companies used by transnational cartels and also espionage applications. SkyChat, yet another encryption company run out of Vancouver and allegedly linked to nefarious actors, has also been fingered by international police.

“Beijing is weaponizing fentanyl in diplomacy with the West,” according to intelligence and law enforcement in Canada. Many of those drugs are ending up on the streets of America.

“’When we took down Phantom Secure in 2018, we found the criminal organizations moved quickly to back-up options with other encrypted platforms.’ After Phantom Secure, investigators came up with a solution that would do more than cause the organized crime groups to shift to different platforms, such as Sky Global and EncroChat.” https://www.fbi.gov/news/stories/fbi-global-partners-announce-results-of-operation-trojan-shield-060821

Read the NY Times article, “The Criminals Thought the Devices Were Secure. But the Seller Was the F.B.I.” https://www.nytimes.com/2021/06/08/world/australia/operation-trojan-horse-anom.html

And Cooper’s book reveals how much of a liability Canada and especially Vancouver are, for high-tech gangsters and spies.

The most important book on transnational organized crime in 2021.

Strengthening Democracy, One book at a Time.

He joined the national investigations team with Global News in spring 2018, after reporting with the Vancouver Province and Vancouver Sun in B.C. Now I’m based in Ottawa, and I focus on political corruption, organized crime and financial crime, foreign influence, national security and intelligence, and holding powerful figures to account. @scoopercooper

A photo accompanying this announcement is available at https://www.globenewswire.com/NewsRoom/AttachmentNg/5e3e52ba-fff9-48c0-8763-18a180bed484 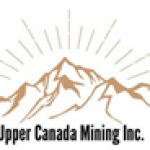 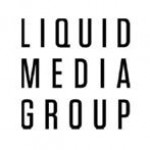