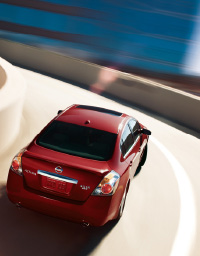 Willowdale Nissan and Infiniti of Willowdale, Toronto-based twin dealerships operated by General Manager Mark Falkenberg, have recently undergone a major renovation with an ultimate goal to better serve its long existing and growing client base, constructing a facility primarily to accommodate that clientele.
Willowdale Nissan & Infiniti has been at its current location since 1972 when it was started by Falkenberg’s father Hans, who remains involved with the company, and has been involved with Nissan since 1985. The Infiniti brand was added in 1990 and is now celebrating its 20th anniversary with Willowdale Nissan & Infiniti. Today, Willowdale Nissan & Infiniti has two separate franchises that stand beside each other, selling between 1,300 and 1,400 new cars per year as well as 200 to 300 used cars each year. “The construction process was smooth and the dealership is looking forward to long-term relationships with the new clientele that will be coming to visit,” said Falkenberg.

Falkenberg was enthusiastic when discussing the future of the automotive brands. “The brand and the product are getting stronger. I wouldn’t have invested had I not felt that Nissan and Infiniti were able to capture a bigger percentage of the overall market,” said Falkenberg.  “[The two brands] have done a good job of it in 2010. [Nissan and Infiniti] are one of the few manufacturers that have actually done well…ahead of Honda and Toyota in year-to-year comparison in the Ontario market.”

Being split into two entities this year, the buildings are completely separate in all different capacities, including hydro, water and gas, as Falkenberg stressed that while renovation may seem simple, it is really misunderstood—the renovation is enormous. “To actually break a building in half is a monumental exercise. You literally have to take every electrical line that went from one end to the other and have to pull them back and bring in a separate power source and rewire every fixture,” said Falkenberg. “At the same time that we were doing that, we took the initiative to bring it up to green standards. We are not completely green, but we have improved the operation significantly.”

The Infiniti brand saw little change during the recession. According to Falkenberg, luxury buyers were still buying, while the majority of the vehicles are leased and continue to be leased. What is specifically unique about Willowdale Nissan & Infiniti is that it continues to see growth, notably in an industry that saw the biggest crash during the global recession. “We are growing, we have split into two franchises and we have had to hire additional staff to support our expanded infrastructure,” said Falkenberg. “The manufacturer has brought in some incentives that made [purchasing] attractive, so it was not easy to gage the difference in sales had our staff not been proactive. Had they been slow to react, we probably would have seen a significant drop in volume, but we actually have sold through 2008, 2009 and 2010 more cars each year successively.”

Pulling away from the competition

Several factors separate Willowdale Nissan & Infiniti from its competitors; prime among them is the company’s history and experience. “We have a very large client base. We are community oriented,” said Falkenberg. “It cannot be said by too many dealers that they have been in existence for 40 years in one location.

“A big part of [Willowdale Nissan & Infiniti’s success] is that most of our staff has been with us for a long period so the relationship component is what we stress when customers come in; they are not seeing new faces. We currently have close to 60 employees.”

With that, the goal of Willowdale Nissan & Infiniti is to continue to provide service and sales at a expectation that will ‘wow’ the customer, ultimately satisfying the customer to such a degree that they will happily return when they are ready to purchase their next car.

It is no wonder why the company has received several customer satisfaction accolades courtesy of Nissan Canada. According to Willowdale Nissan & Infiniti’s website, “Communication is the key to our success. If you’re interested in a new or pre-owned vehicle, servicing your current or future Nissan, or need body work of any description we will always be available to assist you.”

“You need to do something that the customers feel is a reward for them in having stayed with us as long as we have had them,” emphasized Falkenberg. “We’ve had many customers now going on four leases, on a typical four-year lease, so 16 years of patronage.” 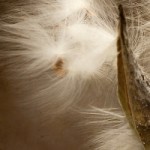 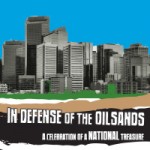