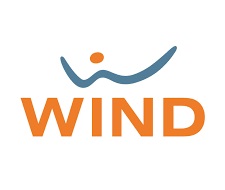 CBJ — Wind Mobile has secured additional financing of up to $425 million backed by three Canadian banks, allowing the telecom to refinance high-yield debt at a lower rate as well as providing it with an ability to pay for improvements and expansion of its cellular network.

The Toronto-based wireless carrier announced the closing of the deal on Thursday.

“The facility enabled the refinancing of existing debt facilities and consists of multiple delayed-draw tranches to fund both operational growth and network expansion,” Wind said in a statement released to the public.

Wind is the fourth-largest wireless carrier in Canada, but remains much smaller than the country’s Big Three providers, Rogers Communications, BCE and Telus.

Wind Mobile CEO Alek Krstajic said in a statement that with the financing, new cellular airwaves (spectrum) and a new partnership with Nokia, his can move to the next stage in its development.

Sales Up at Hudson’s Bay