Old Crow, Yukon, May 18, 2021 (GLOBE NEWSWIRE) — WWF-Canada and the Canadian Parks and Wilderness Society (CPAWS) are honored to announce the remarkable conservation efforts and achievements of Vuntut Gwitchin elder Lorraine Netro, the winner of the fifth and final Glen Davis Conservation Leadership Prize.

Since 1999, Lorraine Netro has dedicated herself to protecting the Arctic National Wildlife Refuge. The refuge is home to the calving grounds of the Porcupine caribou herd, which migrates between Canada and Alaska every year and holds great significance to the Gwich’in Nation. As part of this work, Netro has long advocated against oil development within the Arctic Refuge.

Netro also served two terms as MLA for the Vuntut Gwich’in, with shadow cabinet roles for the environment, women and justice. She is a board member for both the Gwich’in Steering Committee and Alaska Wilderness League and sits on the Advisory Committee on Climate Action and the Environment for the Assembly of First Nations.

Netro has been instrumental in guiding and mentoring the new generation of Gwitchin leaders, through her selfless advocacy and dedication to the Porcupine caribou. We are pleased to recognize her outstanding conservation efforts with the Glen Davis Conservation Leadership Prize.

The Glen Davis Conservation Prize has been a 5-year joint project between WWF-Canada and The Canadian Parks and Wilderness Society (CPAWS). This prize was first established in 2017, on the 10th anniversary of Davis’s death to honour his nationally significant contributions. 2021 marks the final year that the prize will be awarded.

Learn more about past winners:

“I am truly humbled and honored by this special recognition to receive the Glen Davis award. Glen Davis’s honorable conservation legacy in Canada and beyond is truly memorable and significant.

Mahsi cho to all who made this happen.

As a Gwitchin, it is our belief that we do not accept honorable recognition for ourselves. I will accept this award on behalf of my family, community, our nation, for all those who came before me and those who will come after me, and those who walk with us to protect our Sacred Lands, the animals and waters. Being stewards of our lands has been taught to us from generation to generation, it is our responsibility to our children, grandchildren and all future generations. More so today with threats to our Sacred places and traditional way of life, the challenges of Climate Change and living in pandemic. Our voice, our work is not done until we have permanent protection for our Sacred places.”

“CPAWS is thrilled to recognize Lorraine Netro for this year’s Glen Davis Prize. Lorraine is a respected Vuntut Gwitchin elder who has been working tirelessly for more than 20 years to protect the Arctic Refuge and the Porcupine caribou herd. In that time, she has travelled across North America and visited Washington D.C. dozens of times to speak about the importance of the Porcupine caribou herd for the lives of Gwich’in people. Her first speaking tour in the U.S. was part of the Caribou Commons campaign, which Glen Davis helped fund, so it is a fitting tribute to his legacy that Lorraine is this year’s award recipient. She has never been paid for her conservation work but has done it for the good of her community.”

“Glen would have been so pleased to see Lorraine win this prize. He helped fund her hard work to protect the Arctic National Wildlife Refuge and, on many occasions, personally followed the Porcupine caribou herd during their migration. I even camped with him in the Refuge itself – surrounded by caribou on their sacred calving grounds. Glen loved that place deeply.”

About the Canadian Parks and Wilderness Society

The Canadian Parks and Wilderness Society (CPAWS) is Canada’s only nationwide charity dedicated solely to the protection of our public land, ocean, and freshwater, and ensuring our parks and protected areas are managed to protect nature. Since 1963, we have played a leading role in protecting over half a million square kilometres. Our vision is to protect at least half of Canada’s public land and water in a framework of reconciliation – for the benefit of wildlife and people. For more information about CPAWS and the work we do to safeguard Canada’s natural heritage, visit cpaws.org. Join our community on Facebook, Twitter, Instagram and LinkedIn. Donate today. Take action.

WWF-Canada creates solutions to the environmental challenges that matter most for Canadians. We work in places that are unique and ecologically important, so that nature, wildlife and people thrive together. Because we are all wildlife. For more information, visit wwf.ca. 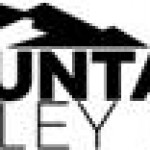 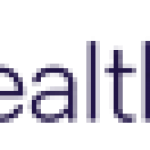