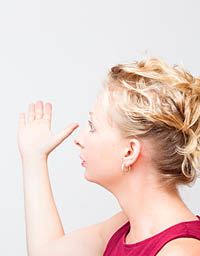 As women of several generations try to co-exist in the workplace, research in a new book shows that women can be their own worst enemies.

“Most of the vicious attacks, passive-aggressive behavior, and unkind remarks I’ve been subjected to in my life have been initiated by women,” says Karel Murray, co-author of “Conquering the Witch Within,” a new book that shows how two women from different generations – Baby Boomer and Generation Y – interpret difficult workplace issues – and offers strategies for resolving generational conflict.

“Women in business, with constant conflicting impulses, can be their own worst enemies. Thus, our anxiety and strident approach can earn us the title of ‘witch.’ It’s critical that we talk to each other and share wisdom that will help us create a more harmonious work environment and enhance friendships in the workplace,” said Murray, who is a recognized expert in human resource management. “The question is, what can business women do about it?”

“Women have a well-deserved reputation for being catty, gossipy, and, well, witchy in the workplace,” states co-author Torie Jochims, a fourth-year student at Wartburg College working toward a bachelor’s degree in communication arts and writing. “Women are – dare I say it? – worse to one another than men are to them. The root of this psychological complex perhaps comes from a competitive drive stifled by intimidation when working with men or a feeling of more direct competition with women than with men.”

The authors offer these tips to help women in business work better with their female counterparts for conflict resolution:

Stop the gossip and “cattiness” when talking about another person
Stop being so competitive and underestimating other women; network and recommend women for positions to which they aspire
Eliminate the drama; apologize when necessary, and then move on
Minimize confrontation and the need to keep “score”
Build trust carefully; know the other person well before revealing confidential personal information

Meanwhile, noted women’s business coach Michelle DeBerge of San Francisco says many females in executive positions actually have an inner fear of success. She specializes in helping women ranging in age from 45 to 70.

“Executive women might feel frustrated because each time they get closer to their goals, things go wrong or it does not happen,” says DeBerge, who also serves as a motivational speaker. “This is not their fault as it is almost always unconscious. They may believe that they are doing all the right things but keep coming up short.”

“This can look like not being able to take the steps forward to reach their goals or having a sense of feeling stuck,” DeBerge relays. “They procrastinate on projects or worry what others will think if they are successful. They may tell themselves that they are not good enough or don’t deserve success. It is usually not the success that stops them, but what happens when they achieve it.”

“Fears of success, fear of failure and feeling stuck all have one thing in common: an unconscious, misguided perception of success. You may not even realize that you are sabotaging yourself,” says DeBerge, who has clients from around the world.

“Years ago I noticed that almost every time I got close to my goals something would happen and I would not succeed. I found that I was procrastinating more than usual. I was getting frustrated and did not understand how I was not successful despite all of my hard work and planning,” she says.

“I decided to look at what success meant to me. As I looked inward, I realized that my vision of success was right out of a ‘Night of the Living Dead’ movie. I perceived it as zombies attacking me and pulling on me from every direction. I felt that success meant everyone would want a piece of me and there would be no time for me. I was shocked!”

“My subconscious belief about success was not the success I really wanted. Because of my misconstrued sense of success, I was not able to complete the steps towards it,” she said.

When she reframed her vision of success, her life turned around.

“First, I got a clear vision of what success really looked like to me. Once I knew what I wanted it to look like, I was able to put in place a plan that would support me in achieving it.” 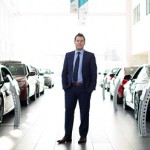 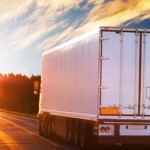