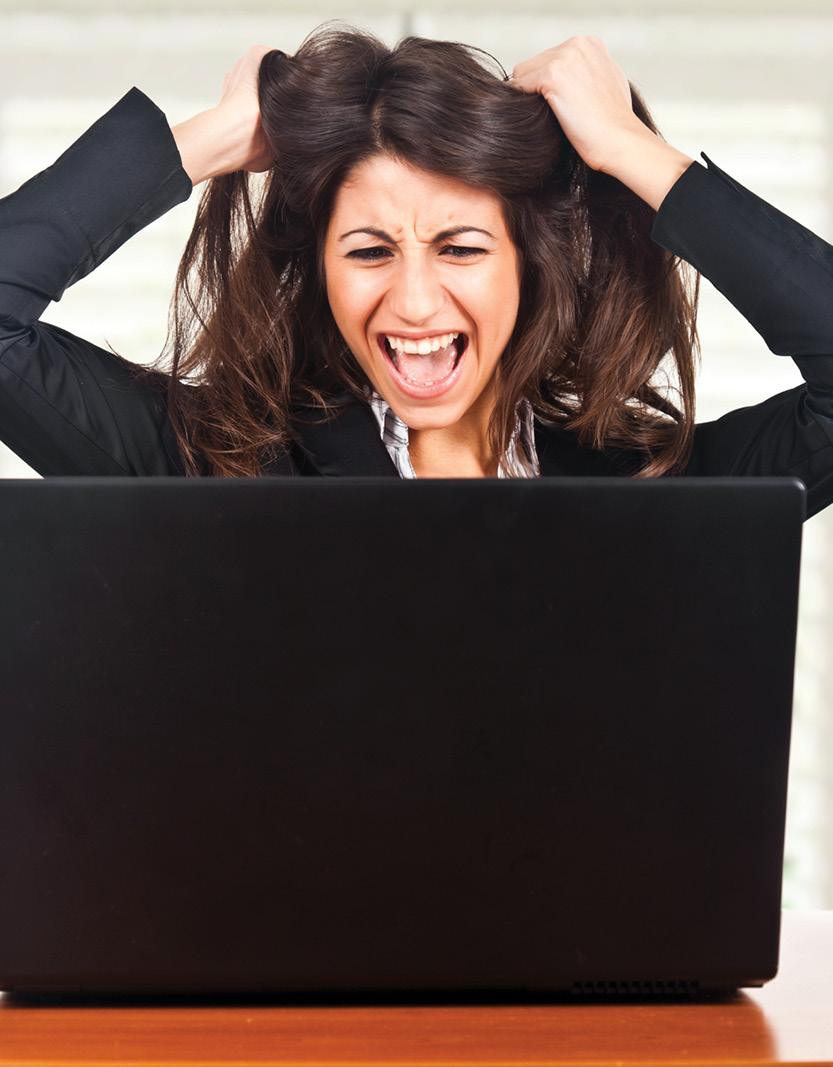 A recent international survey conducted by AVG Technologies reveals the extent to which women are using technology to manage their love lives.

In an increasingly digital world, today’s ultra connected women have never been more emotionally detached. So say the findings of the latest global study by AVG Technologies, the provider of Internet and mobile security, privacy and optimization to 150 million active users, which charts the changing ways women are using technology to form and manage their relationships.

The study, which questioned 4,000 women in Canada, the UK, U.S., France, Germany and Brazil, highlighted the increasing role mobile devices and social media channels play in the dating process, and suggested that online research has displaced in-person chemistry when it comes to partner evaluation. Nearly 35 per cent of women now use social media channels to check out dates ahead of time, prioritizing pictures followed by common friends and finally interests and comments.

Just as women are turning to technology to kick-start their relationships, so too have they become reliant upon it to end them. Figures indicated that more than 50 per cent of those questioned either have or would break up with a significant other on the phone and more than a quarter have or would do so via text message.

“We all recognize that face-to-face is usually better than Facebook when it comes to relationships, but when so many of us live such busy lives it’s not surprising technology is increasingly being used as a substitute for one-on-one, in-person contact,” says Judith Bitterli, Senior VP of Marketing for AVG Technologies. “What’s more surprising is the extent to which women, both old and young, are now relying on technology in matters of the heart. This study suggests we’re all taking more of a depersonalized approach, using our devices to both pre-emptively filter potential partners and then cut them loose when we’re ready to move on.”

When it came to the different age ranges, predictably it was 18 to 25-year-olds who were the most likely to break up with a partner using their phone (61 per cent), by posting on Facebook (19 per cent) or via sending a text message (38 per cent). That said, the older generations shouldn’t be too judgmental given they were not far behind, with 45 per cent of 45-54 year olds also indicating that they would or have ended a relationship using their phone. The most dramatic differences, however, arose between nationalities.

Though women in the US are the most prolific users of social media channels to screen dates, Brazilian women emerged as the most cutthroat group in the dating stakes. According to the survey, not only would 58 per cent use a phone call for a break up, but 61 per cent had cancelled dates based on information they’d discovered on social media channels. Data showed that Brazilians are also the most likely to break off a relationship over Facebook (18 per cent, while only 5% of Canadian women said they would do this).

Conversely responses indicated that the French were more traditional in their approach and the least reliant upon technology for their relationships. Fewer than 25 per cent of French women questioned look at social media channels ahead of a date (34 per cent of Canadians do), and they are also the least likely to secretly read their partners’ text or email messages (18 per cent, while 40 per cent of Canadian women said they snoop). Again, Brazilian women topped this particular category, with more than 50 per cent of respondents admitting to some form of mobile snooping.

Interestingly, 81 per cent of Canadian women said they were in a long-term relationship – the highest percentage from responding countries – even though 51 per cent of them said they would rather give up sex for a week over their mobile device. Canada, France and Germany were the only countries above 50 per cent in this category.

An online survey of 4,000 women was undertaken throughout Canada, U.S., UK, France, Germany and Brazil. The survey was set up using Qualtrics and respondents were from Qualtrics’ online panel. Fieldwork took place in April 2013.

Women + Technology: Detailed Survey Results for Canada as compiled by Qualtrics on behalf of AVG. A total of 433 Canadian women were polled.
How many devices and computers (mobile, tablet, computer) are there in your home?
Smartphones (average): 1.75

On an average evening, how long do you spend on each of your devices?

Please select your top five reasons for using your mobile device(s) in the evening:

What functionality would you like on your mobile device(s) that you don’t have?

Time lights coming on in the house: 41%

Handle all of my financial needs by one device: 28%

Turn on the washing machine: 15%

Do you a have a password/passcode on your personal mobile device?

How would you describe your current working status?

Does your company/business provide you with devices for mobile working?

No – I bring my own secondary device for work: 12%

How has your use of devices in the workplace changed over time?

I now depend on a broader range of devices compared to two years ago: 56%

I now depend on fewer devices today than two years ago: 10%

How has your use of this device change since you have been using it for work purposes?

I have installed security software: 17%

I spend less time making calls and using the Internet: 17%

And why do you spend less time doing this (making calls/using Internet)?

I am concerned that my work may monitor my usage: 50%

I am conscious that I am not paying the bill for the services on this device: 33%

Has using the same mobile device at work and at home ever negatively impacted your life?

In what ways has it negatively impacted your life?

It makes it hard to separate my home and work life: 44%

It’s led to arguments between my partner and me: 33%

My children have accidentally emailed or called work contacts: 0%

Are you in a long term relationship?

Do you use social media channels to research your dates?

How do you use social media channels to research your dates?

I check on Facebook to see if we have any common friends: 69%

I read the about section and comments page on their Facebook page: 58%

Have you ever cancelled a date because of something you found through social media channels about the person?

Which of the following have you or would you use to break up with a significant other?

If you had to give up sex or your mobile device for a week, which would you choose?

Do you have any children living at home with you?

How many children do you have living at home with you?

Do your children have their own mobile device?

Why did your child(ren) get a mobile phone? Please select all that apply.

The device was given to them as a present: 45%

I bought because I see the importance of them engaging in a digital life: 31%

My child purchased the device themselves: 21%

I bought because of pressure from my children: 20%

I upgraded my device so gave them my old device: 17%

I bought because I was frustrated with them using my devices: 8%

I bought because of pressure from other influences in my life: 8%

I bought because I was encouraged to by school or other: 8%

I bought because my children found information on my device they shouldn’t have: 5%

Do you let your children use your mobile device?

Do you keep content on your phone that you wouldn’t allow your children to see?

How do you monitor your child’s internet usage/mobile activity?

I’ve educated them to come and ask me for advice if they see pop ups appearing, or aren’t sure themselves: 43%

I’ve educated them on threats and scams: 42%

I limit the time they are online: 29%

They are only allowed to use devices when I’m in the room: 25%

I check the history for sites visited after they’ve used a device: 24%

I’m connected with them on social media /instant messaging sites so can monitor their activity: 19%

I have child safety measures enabled on devices: 18%

I check their text messages to monitor for inappropriate content and behaviour: 18%

How do you see your role in enabling your children’s connected life?

My role is vital – and I do everything I can educate them about the benefits and potential hazards of modern technology: 77%

It is not something I’ve thought about before: 11%

I rely on them to educate themselves through their own peer network: 5%

It is not something I would consider important: 4%

They receive enough education around this at school, it’s the schools responsibility: 3%

Have you ever found inappropriate content whilst monitoring your children’s activity?