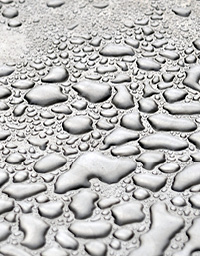 As the world’s leading primary producer of platinum group metals, Anglo Platinum Limited is used to being in the spotlight. Accounting for approximately 40 per cent of the world’s newly mined platinum, the company is listed on the JSE and has projects across Africa.

The company owns its smelting and refining operations in South Africa, which treat concentrates from joint ventures and third parties as well as their wholly-owned operations. The company is also developing the Unki Platinum Mine in Zimbabwe and is actively exploring in Brazil, with exploration partners in Canada, China and Russia.

While the company has had problems in the health and safety area, suffering some staff losses in the past couple of years, it is important to note that Anglo Platinum has also been included on the Global 100.

The Global 100 is a standing of the 100 most sustainable companies in the world. It was created by the Corporate Knights, an independent Canadian-based social group that publishes a global magazine for clean capitalism. In conjunction with three partners, the group has created Corporate Knights Global 100 Most Sustainable Corporations in the World (the Global 100) list, and the list has seen Anglo Platinum reach 43rd on the list, up from 82nd place last year.

Key criteria evaluated include: Energy productivity measuring total direct and indirect energy consumption, emissions, water use, amount of waste produced, leadership diversity including amount of women on board of directors, pay scales, safety productivity, innovation capacity, transparency, and by far the most interesting measure; sustainability pay link. This criterion identifies whether or not at least one senior officer has his/her pay linked to sustainability.

When interviewed about the company’s sustainability efforts, CEO Neville Francis Nicolau said that despite cost-cutting efforts after the GFC, Anglo “did not compromise the safety and health of our workforce, the environmental performance of our operations, or the development work taking place in our host communities. We in fact increased our community development spend by R104 million to R245 million in 2009. This is a testament to our commitment to sustainable development.”