TORONTO and VANCOUVER, British Columbia, Feb. 19, 2020 (GLOBE NEWSWIRE) — WOW Unlimited Media Inc. (“WOW!” or the “Company”) (TSX-V: WOW/ OTCQX: WOWMF) announces today the appointment to the Company’s Board of Directors (the “Board”) of three new Directors and the resignation of two Directors.
The following individuals have been appointed to the Board:Mr. Stuart Snyder: Mr. Snyder is the founder and President of Snyder Media Group, LLC., providing strategic guidance to media and start-up companies. He was formerly President and COO of the Animation, Young Adults and Kids Media division of Turner Broadcasting, as well as President of the World Wrestling Organization and, prior to that, President of the Feld Organization.Mr. Lawrence Chernin: Mr. Chernin is a retired senior partner of Goodmans LLP. He was recognized by The Canadian Legal Lexpert Directory as a leading practitioner in the areas of Corporate Finance and Securities, Corporate Mid-Market, Mergers & Acquisitions, and Private Equity and as a leading lawyer by The Best Lawyers in Canada for Corporate Governance, Leveraged-Buyouts and Private Equity.Mr. David Richards: Mr. Richards is Managing Director, Network Capital Inc., an investment company. He has extensive experience as an entrepreneur, audit committee Chair, as well as a senior partner with Arthur Andersen and Coopers and Lybrand (now PriceWaterhouseCoopers).Concurrent with the above appointments, Mr. Craig Graham and Mr. Bob Ezrin have resigned as Directors of the Company, while Mr. Steve Hendry has indicated that he will resign as Director at the end of April 2020.Michael Hirsh, Chairman and CEO of WOW!, commented, “WOW! is pleased to welcome Messrs. Snyder, Chernin and Richards to the Board. Stuart brings in great strategic leadership within the kids and animation space from his experience at the Cartoon Network, Lawrence is a recognized legal expert in M&A and Corporate Finance, and David has significant public accounting and corporate governance experience, all of which will be key assets as WOW! enters its next phase as a global animation-driven entertainment company. Craig, Bob and Steve have made critical contributions to the formation of WOW! and in helping shape our growth strategy. We are grateful for all of their efforts.”With the above appointments and resignations, the Board will be increased by one additional Director to consist of eight Directors, until the next Annual General Meeting of the Company’s shareholders.About WOW!Wow Unlimited Media Inc. is an animation-focused entertainment company producing content and building brands and audiences on global media platforms. The company produces animation in its two established studios: Frederator Studios in Los Angeles, and one of Canada’s largest multi-faceted animation production studios, Mainframe Studios in Vancouver. The company’s media assets include Channel Frederator Network on YouTube, as well as WOW! branded programming on Bell Media’s streaming entertainment platform, Crave. The company operates out of offices in Toronto, New York, Vancouver and Los Angeles.Neither TSXV nor its Regulation Services Provider (as that term is defined in the policies of the TSXV) accepts responsibility for the adequacy or accuracy of this release.Further information available at:Website: www.wowunlimited.coContact: Bill Mitoulas, Investor Relations Tel: (416) 479-9547 Email:
CBJ Newsmakers 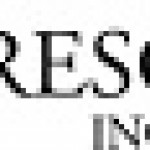 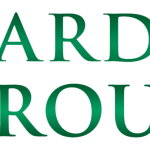