TORONTO and NEW YORK, Feb. 26, 2020 (GLOBE NEWSWIRE) — WOW Unlimited Media Inc. (“WOW!” or the “Company”) (TSX-V: WOW/ OTCQX: WOWMF) is pleased to announce that the third season of its Castlevania animated series will premiere on March 5, 2020 on Netflix. The Castlevania series is produced by WOW’s Frederator Studios. Netflix confirmed the March 5 release date with a reveal of the official Season 3 poster on Twitter and the launch of a trailer on YouTube that has already generated over 1.5 million views.The third season will be 10 episodes and will be the series’ longest yet. Castlevania’s 4-episode first season debuted on Netflix in July 2017. The series, based on a Konami video game, quickly amassed a significant following, becoming the most popular digital original series in the United States in the first two weeks of its Netflix launch, according to Parrot Analytics.Castlevania’s second, 8-episode season was released in October 2018 to widespread acclaim, receiving a 100% rating on Rotten Tomatoes and being named the Best Animated TV Series of 2018 by IGN, who called it “the gold standard” for video game adaptations.To view the official Season 3 poster on Twitter, please click on the following link:https://twitter.com/NXOnNetflix/status/1224754478680657920?ref_src=twsrc%5Etfw%7Ctwcamp%5Etweetembed%7Ctwterm%5E1224754478680657920&ref_url=https%3A%2F%2Fwww.whats-on-netflix.com%2Fnews%2Fcastlevania-season-3-coming-to-netflix-march-2020%2FThe official Season 3 trailer can be viewed on YouTube here:https://www.youtube.com/watch?v=cYNGDUIBUhEAbout WOW! Unlimited Media Inc.WOW! Unlimited is creating a leading animation-focused entertainment company by producing top-end content and building brands and audiences on the most engaging media platforms. The Company produces animation in its two established studios: Frederator Studios in Los Angeles, which has a 20-year track record; and one of Canada’s largest, multi-faceted animation production studios, Mainframe Studios in Vancouver, which has a 25-year track record. The Company’s media assets include Channel Frederator Network, on YouTube, as well as WOW! branded programming on Crave, Canada’s leading streaming entertainment platform, owned by Bell Media. The Company operates out of offices in Toronto, New York, Vancouver and Los Angeles. The common voting shares of the Company and variable voting shares of the Company are listed on the TSX Venture Exchange and the OTCQX Best Market.Neither TSXV nor its Regulation Services Provider (as that term is defined in the policies of the TSXV) accepts responsibility for the adequacy or accuracy of this release.Further information available at:Website: www.wowunlimited.coA photo accompanying this announcement is available at https://www.globenewswire.com/NewsRoom/AttachmentNg/5cc15b3b-426f-4211-b3ee-fc1bc00d8fe9Contact: Bill Mitoulas, Investor Relations
Tel: (416) 479-9547
Email:
CBJ Newsmakers 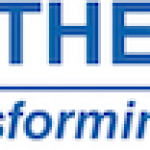 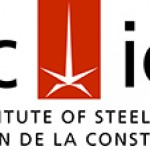 No Injury Finding for Canada on Fabricated Structural Steel