VANCOUVER, British Columbia, Dec. 23, 2020 (GLOBE NEWSWIRE) — WOW Unlimited Media Inc. (“WOW!” or the “Company”) (TSXV: WOW; OTCQX: WOWMF) is pleased to provide a year-end update to its animation production backlog.
As of today, the Company’s current orders on hand, not including billing in progress for the quarter ending December 31, 2020, is at $95.4 million, significantly higher than the previously reported backlog of $57.6 million as at September 30, 2020. Backlog represents the undiscounted value of signed agreements for production services contracts and intellectual property in relation to licensing and distribution agreements for work that has not yet been performed, but for which the Company expects to recognize revenue in future periods. Backlog excludes estimates of refundable tax credits as well as variable consideration for transactions involving sales or usage-based royalties in exchange for licenses of intellectual property. The Company expects to recognize the majority of backlog as revenue over the next 30 months.“We are delighted to announce that additional contracts were added in our fourth quarter and our backlog, excluding Q4 billings, has significantly increased. This reflects the trust that both existing and new clients have in WOW!’s ability to build and deliver top end animated content. We continue to execute on our growth strategy and our production pipeline remains very encouraging,” commented Michael Hirsh, CEO of WOW!.As stated previously, WOW!’s production studios, aided by the Company’s Global Studio Pipeline (“GSP”), have adapted efficiently to the COVID-19 pandemic with minimal disruption to client commitments. The GSP initiative has helped increase the studio’s overall production capacity and demand for WOW!’s services continues to be strong heading into 2021 and beyond.About WOW!WOW! is creating a leading animation-focused entertainment company by producing top-end content and building brands and audiences on engaging media platforms. The Company produces animation in its two established studios: Mainframe Studios in Vancouver and Frederator Studios in Los Angeles. The Company’s media offerings include Channel Frederator Network on YouTube, as well as WOW! branded programming on Crave, Canada’s premier streaming entertainment platform, owned by Bell Media. The Voting Shares are listed on the TSXV (TSXV: WOW) and the OTCQX Best Market (OTCQX: WOWMF).Forward-Looking Statements:This press release contains certain forward-looking statements and forward-looking information (collectively referred to herein as “forward-looking statements”) within the meaning of applicable Canadian securities laws. All statements other than statements of present or historical fact are forward-looking statements. Forward-looking statements are often, but not always, identified by the use of words such as “anticipate”, “achieve”, “could”, “believe”, “plan”, “intend”, “objective”, “continuous”, “ongoing”, “estimate”, “outlook”, “expect”, “may”, “will”, “project”, “should” or similar words, including negatives thereof, suggesting future outcomes.In particular, this press release contains forward-looking statements relating to, among other things: the size of the Offering, and the intended use of the net proceeds of the Offering. Such statements reflect management’s current views with respect to future events and are subject to risks and uncertainties and are necessarily based upon a number of estimates and assumptions that, while considered reasonable by WOW!, are inherently subject to significant business, economic, competitive, political and social uncertainties and contingencies. Many factors could cause our actual results, performance or achievements to be materially different from any future results, performance, or achievements that may be expressed or implied by such forward-looking statements. In making the forward-looking statements included in this press release, the Company has made various material assumptions, including, but not limited to general business and economic conditions; the Company’s ability to raise additional funding; capital expenditure programs and other expenditures by the Company and its customers; existing governmental regulations and changes in, or the failure to comply with, governmental regulations; and changes in business strategy or development plans.Forward-looking statements are not a guarantee of future performance and are subject to and involve a number of known and unknown risks and uncertainties, many of which are beyond the control of the Company, which may cause the Company’s actual performance and results to differ materially from any projections of future performance or results expressed or implied by such forward-looking statements. These risks and uncertainties include, but are not limited to, the risks identified in the Company’s Management’s Discussion and Analysis for its year ended December 31, 2019, which has been filed with the Canadian Securities Administrators and is available on the System for Electronic Document Analysis and Retrieval at www.sedar.com. Any forward-looking statements are made as of the date hereof and, except as required by law, the Company assumes no obligation to publicly update or revise such statements to reflect new information, subsequent or otherwise.Neither the TSXV nor its Regulation Services Provider (as that term is defined in the policies of the TSXV) accepts responsibility for the adequacy or accuracy of this press release. Further information available at: Website: www.wowunlimited.co
Contact: Bill Mitoulas, Investor Relations
Tel: (416) 479-9547
Email: 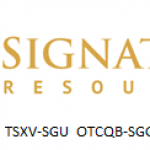