TORONTO and VANCOUVER, British Columbia, Feb. 09, 2021 (GLOBE NEWSWIRE) — WOW! Unlimited Media Inc. (“WOW!” or the “Company”) (TSXV: WOW; OTCQX: WOWMF) announces that the Canadian Radio-television and Telecommunications Commission (CRTC) has approved an application from the Company’s WOW! Unlimited Networks to revoke the broadcasting license for the national, English-language discretionary service known as Comedy Gold. This revocation nullifies the requirement for WOW! Unlimited Networks to pay $687,000 of tangible benefits stemming from the acquisition of Comedy Gold from Bell Media Inc.
In its decision, the CRTC noted that WOW! had not launched the proposed service and had already written off the value of the broadcasting asset in 2019. Further, the Company had requested relief from the requirement to pay the full amount of the tangible benefits imposed in Broadcasting Decision 2018-230.About WOW!
WOW! is creating a leading animation-focused entertainment company by producing top-end content and building brands and audiences on engaging media platforms. The Company produces animation in its two established studios: Mainframe Studios and Frederator Studios. The Company’s media offerings include Channel Frederator Network on YouTube, as well as WOW! branded programming on Crave, Canada’s premier streaming entertainment platform, owned by Bell Media. The common voting shares of the Company and variable voting shares of the Company are listed on the TSX Venture Exchange and the OTCQX Best Market.Forward-Looking Statements:
This press release contains certain forward-looking statements and forward-looking information (collectively referred to herein as “forward-looking statements”) within the meaning of applicable Canadian securities laws. All statements other than statements of present or historical fact are forward-looking statements. Forward-looking statements are often, but not always, identified by the use of words such as “anticipate”, “achieve”, “could”, “believe”, “plan”, “intend”, “objective”, “continuous”, “ongoing”, “estimate”, “outlook”, “expect”, “may”, “will”, “project”, “should” or similar words, including negatives thereof, suggesting future outcomes.In particular, this press release contains forward-looking statements relating to, among other things: the size of the Offering, and the intended use of the net proceeds of the Offering. Such statements reflect management’s current views with respect to future events and are subject to risks and uncertainties and are necessarily based upon a number of estimates and assumptions that, while considered reasonable by WOW!, are inherently subject to significant business, economic, competitive, political and social uncertainties and contingencies. Many factors could cause our actual results, performance or achievements to be materially different from any future results, performance, or achievements that may be expressed or implied by such forward-looking statements. In making the forward-looking statements included in this press release, the Company has made various material assumptions, including, but not limited to general business and economic conditions; the Company’s ability to raise additional funding; capital expenditure programs and other expenditures by the Company and its customers; existing governmental regulations and changes in, or the failure to comply with, governmental regulations; and changes in business strategy or development plans.Neither the TSX Venture Exchange nor its Regulation Services Provider (as that term is defined in the policies of the TSX Venture Exchange) accepts responsibility for the adequacy or accuracy of this release.Further information available at: Website: www.wowunlimited.co
Contact: Bill Mitoulas, Investor Relations
Tel: (416) 479-9547
Email: 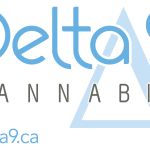 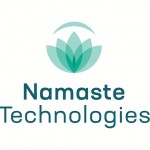