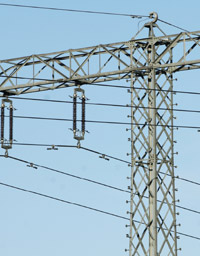 The formation of the Wuskwatim Power Limited Partnership marks a milestone in Canada. The Partnership is the first one formed with a First Nation community and Manitoba Hydro to develop a hydroelectric project, in this case, the Wuskwatim Generating Station.

The Wuskwatim Generating Station is being developed by Wuskwatim Power Limited Partnership (WPLP), a legal entity involving Manitoba Hydro and the Nisichawayasihk Cree Nation (NCN). This is, according to the project website, “the first time a First Nation and Manitoba Hydro have entered into a formal partnership arrangement to develop a hydroelectric project” and “Manitoba Hydro is providing construction and management services to WPLP in accordance with the Project Development Agreement (PDA) signed in June 2006.”

The Project is a 200-megawatt daily run-of-river hydroelectric generating station. The station is being developed on the Burntwood River at Taskinigup Falls, which is located in the Nelson House Resource Management Area. The area is about 45 kilometres southwest of Thompson and 35 kilometres southeast of Nelson House.

According to the website, “the project is the result of nearly a decade of planning and studies, negotiations between Manitoba Hydro and Nisichawayasihk Cree Nation and an intensive environmental assessment which incorporated NCN traditional knowledge to minimize project impacts.”

Clearly the dam will positively impact local communities, as the dam will lessen the amount of flooding in the area, about one-half less of one square kilometre of flooding.  Project reports say that “this is the least amount of flooding of any Manitoba Hydro project in the province.” Power produced by this particular dam will be designated for export (until Manitoba needs the energy domestically).

The station will produce clean, renewable energy—a big plus for Manitoba. Profits can be earned from the export market and can support domestic load.
Also, the project will create jobs. Project reports state that “qualified workers from Aboriginal communities close to the construction site and people from Northern Manitoba communities will be given first consideration for employment.” As one of Manitoba’s largest construction projects, the project will provide almost 800 jobs over six years.

Training opportunities were created in 2003 to make sure those NCN members and aboriginal people have skills necessary for the project jobs.
The project website notes that Manitoba Hydro is providing management and construction services to WPLP, and this “offers Manitoba businesses the opportunity to bid on contracts consistent with its commitment to work with suppliers through the Buy Manitoba and Northern Purchasing programs.”