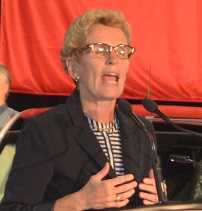 CBJ — Whether it’s out of desperation or in fact a better path, time will tell if Ontario Premier Kathleen Wynne’s massive cabinet shuffle will be any improvement from the status quo.

Wynne introduced her new cabinet — 40% of which is made up of women — at a ceremony at Queen’s Park.  It’s the first cabinet shuffle since the June 2014 election.

The new cabinet includes seven new MPPs, while some high-profile politicians will be changing roles. Yasir Naqvi, for example, will take on the role of attorney general. While Liz Sandals moves from education to the treasury board. Other ministers, including Glen Murray (environment), Eric Hoskins (health) and Charles Sousa (finance) will stay in their roles.

“After 13 years of Liberal scandal, mismanagement, and waste, this remains a stale, tired, and self-interested Government,” he says.  “Premier Wynne has established the largest provincial cabinet in the country.  This is a government that currently spends $1-billion on interest instead of essential government services, yet has added even more costly bureaucracy.  Unfortunately, Premier Wynne doesn’t realize that you shouldn’t add more weight to a sinking ship.”

Brown went on to say “Life remains harder under this Liberal Government, and it will continue to get worse. The time for positive change in our province has never been clearer. Our province deserves a government that puts the needs Ontarians first – not their political self-interest.” 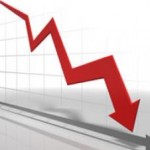 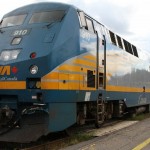