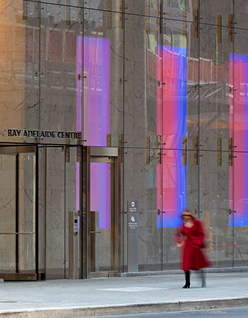 WZMH is a global architectural firm that has designed some of the world’s finest buildings since 1961.

“Growing up in the development industry” with commercial developers in Toronto and across Canada, WZMH eventually followed developers south of the border, initiating work in the United States, and has today completed more than two dozen projects in the American market.

WZMH has developed a strong international reputation with projects across the globe, including Egypt, Kuwait, and United Arab Emirates. The company continues to pursue worldwide opportunities, growing its global reach with recent projects in China and the Middle East.

WZMH focuses on large scale, commercial projects, including office buildings as well as work in the hospitality sector, like hotel construction. The popular hotel and resort chain Four Seasons has been a long-time client of WZMH, completing many major construction projects since the 1980s.

More recently, WZMH has grown its portfolio with a high level of expertise in institutional buildings, such as court houses. One example is the Quinte Region Courthouse, under development in Belleville, Ont. Carl Blanchaer, Principal with WZMH Architects, told The Canadian Business Journal, “We have been one of the leaders in court house design recently in Ontario and Canada.”

Currently, WZMH is responsible for more than $1 billion worth of construction projects in Ontario. Working alongside the governmental agency Defense Construction Canada, WZMH is designing a facility for the Canadians Securities Establishment. It is a major facility – in fact, the largest construction site in North America – and it represents a new addition to Ottawa’s classical landscape. Another project, measuring more than 1 million square feet, is in development in Toronto’s Queens Quay, a facility which will house the national banking headquarters of RBC. It is the first Leadership in Energy and Environmental Design (LEED) Platinum certified office building of downtown Toronto.

This focus on sustainability and environmental conservation has emerged as a significant piece of the construction sector. According to Blanchaer, the desire for LEED certification initiated in the public sector, but has now been surpassed by private contractors. Today, all WZMH projects are LEED certified.

A leader in the corporate architectural world, WZMH tailors user-specific corporate headquarters for major clients in the pharmaceutical and software industries.

WZMH also has roots in the residential sector, with much of its early work residential-based. More recently, the firm has been a major player in Toronto’s lucrative residential market, with more than 2,000 units in development. WZMH is also participating in the renovation of one of its original Toronto sites, the Four Seasons Hotel, renamed as the Yorkville Plaza and converted into high-end condominiums.

While many in the construction sector have struggled in recent years because of the economic slide, WZMH reported quite the opposite – in fact, the past 10 years has been its strongest in terms of growth and production. Blanchaer said, “The Toronto condominium market didn’t miss a beat during that time. Also, alternative financing and procurement (AFP) delivery had a lot of projects that were brought to the market as design-build, finance-and-maintain instituational projects, which kept our industry busy.”

The architectural industry is diverse, but WZMH believes it brings a unique offering to the table. WZMH offers its clients value through high quality design at an affordable cost. Blanchaer summarized, “We have a particular expertise in managing very large, complex teams of consultants to execute projects. The norm these days seems to be record times, so project managers are a huge aspect in keeping things on schedule and on budget. What else distinguishes us is the character of our design is distinctly modern.

“We think we’ve shown our clients – some of the biggest contractors in the country – that we have a particular expertise of managing a project’s procurement phase and then the actual execution phase. Our strength is balancing design with project management, including cost management. It’s a very specific skill that is different than the traditional design-build process, it’s something we’ve excelled with in Ontario, and we’re interested in exporting that skill to other parts of Canada and the United States.”