Once again, the COVID-19 pandemic is being blamed for the pullout, with Xerox executives wanting to focus on core issues as opposed to gaining control of the PC and printing equipment manufacturer.

Although the global climate is directly dictating economic decision-making it’s still a win for HP CEO Enrique Lores, who staunchly opposed the takeover bid. Conversely, it will be viewed as a loss for Xerox CEO John Visentin, even although it was caused by external factors that were completely out of his control.

Visentin joined Xerox as CEO in 2018 after having held executive posts with Hewlett-Packard and IBM.

The failed merger attempt is also a loss for billionaire investor Carl Icahn, who owns big stakes in both companies and had aggressively pushed for their merger. 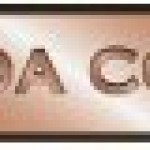