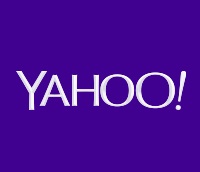 CBJ — An American judge said Yahoo must face nationwide litigation brought on behalf of well over 1 billion users who said their personal information was compromised in three massive data breaches.

The California judicial decision was a setback for efforts by Verizon Communications, which paid $4.76 billion for Yahoo’s Internet business in June, to limit potential liability.

The breaches occurred between 2013 and 2016, but Yahoo was slow to disclose them, waiting more than three years to reveal the first. Revelations about the scope of the cyber attacks prompted Verizon to lower its purchase price for the company.

The judge ejected Yahoo’s contention that breach victims lacked standing to sue, and said they could pursue some breach of contract and unfair competition claims.

While many claims were dismissed, the judge said the plaintiffs could amend their complaint to address her concerns.

In court papers, Yahoo had argued as a defense that the breaches were “a triumph of criminal persistence” by a “veritable ’who’s who’ of cyber criminals,” and that no security system is hack-proof.