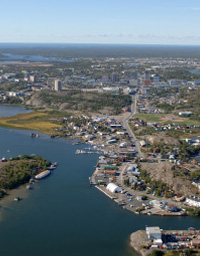 The word ‘resplendent,’ meaning shining brilliantly, must be the best single word that can describe a city whose diversity is so great that it is difficult to contain in just any adjective. Yellowknife has undergone tremendous positive change in the past few decades, shedding its identity as a prospector’s gold mining city and gaining international recognition as the world’s third largest exporter of diamonds.

Located on the edge of the Arctic Circle and on the shore of the beautiful Great Slave Lake, Yellowknife is a city full of youth and energy and adventure whose history is still being written. The city of Yellowknife was originally founded to support a growing mining industry and, in the course of its 75 years in existence, has been home to over 19 gold mines within the city limits, the last few shutting down in the last decade. But that was then, and this is now. Yellowknife has emerged as a city abundant in minerals and oil and gas undergoing dramatic economic growth.

Diamonds were first discovered over close to two decades ago at Lac De Gras, precipitating the world’s biggest diamond companies such as BHP and De Beers to set up extraction. The collective operations of diamond miners in the Northwest Territories now account for no less than 15 per cent of the world’s rough diamonds. This has spurred economic growth unprecedented since the days of the gold rush. The spirit of the community is articulated best by Yellowknife Mayor Gordon Van Tighem, “The potential and opportunity are endless.”

Mayor Van Tighem has ensured that his city has kept up with the pace of his growing city, and is proud of all it has to offer those coming to Yellowknife seeking to become of Canadian future. Van Tighem himself was lured to Yellowknife when, after retiring as President of the Chamber of Commerce, his colleagues told him “to go home and look in the mirror, because that is who we see as our next candidate for Mayor for Yellowknife.” Not unlike a lot of people, Van Tighem’s expectations deviated wildly from the reality of Yellowknife; and like so many people who have gone there, he feel in love with the natural beauty and vibrancy of the city (and is now in his fourth term as mayor).

“Seventy-five per cent of the people that come into the north to visit spend some time in Yellowknife,” says the Mayor. As the transportation, distribution, and educational hub for the entire Northwest Territories, Yellowknife wants for no amenities or services. The education system has three separate school boards (non-denominational, French and public )and has over 19 grade schools and Aurora College. The airport, based on cargo weight, is among the busiest in the country.

The diamond industry has been the spring board for an abundance of innovation in the city of Yellowknife, as it has generated the capital necessary to modernize the area and prioritise sustainable industries.  Yellowknife offers unrivalled opportunities for investment tourism business development and employment.  “We are working on significant economic diversification strategies,” says Van Tighem, such as “moving into the northern science, northern technology and northern education realms, which are definitely sustainable and approaching the level with consistency of government a way of ensuring the city would have a reason to be here and will prosper in the future.”

“For the last several years, we have been very much focused on sustainability, and have been the recipient of the award for Canada’s most sustainable small city for the past three years,” beams Van Tighem.  No other city in the country has won the award twice in a row.

The criteria for the award includes exemplary statistics in employment, accessibility, alternate forms of commuting, city planning, and energy planning programs, all which Yellowknife can claim. Surely one of the most innovative programs the country has seen for energy planning is Yellowknife’s geothermal heating program. It makes use of the defunct mines and harnesses another kind of gold—inexpensive gas to warm houses and buildings. Geothermal energy is heat created by pressure within the earth—for each kilometre of depth, the temperature rises 20 to 30 degrees. Workers at the old mines used to have to work in T-shirts and shorts due to the heat from the bedrock even in the dead of the arctic winter. This same heat will be harnessed for heating homes and buildings in the dead of winter.  “We are in the advanced stages of implementing one of the most significant geothermal heating programs in the country which would replace the heating requirements for up to 20 per cent of the community without a whole bunch of effort,” says Van Tighem.

The jump from mining town to thriving and dynamic metropolis has increased the ease and quality of life for Yellowknife, there is no doubt, but it has also opened the door for visitors to take in what has always been the beauty of the city.  The last accessible wilderness in the world, Yellowknife offers world-class outdoor recreation, fishing, photography, hunting and camping in the summer, and in the winter, presents a natural display of lights so spectacular it should be deemed a national institution. The Aurora Borealis, or the northern lights, brighten up the midnight sky between December and March in an unrivalled natural display of light and colour. The landscape is relatively flat, so the full Auroral display can be seen from most vantage point. So reliable is the show, and so accommodating the weather, that this midnight show draws thousands of visitors each winter to spend an hour outside at night, swaddled in down clothing, sometimes at minus 30 degrees Celceus. Tourists from Japan and Europe come in the thousands to witness a Canadian spectacle few Canadians have seen for themselves.

If any city can claim to offer such an extraordinary lifestyle, it’s Yellowknife. Perfectly encapsulated in the city motto “Mutlum in Parvo” (“many things in a small place”), Yellowknife’s future is as resplendent as the stars in the skies and the diamonds in the mines. 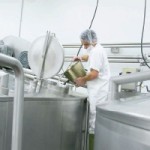 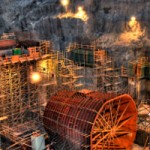