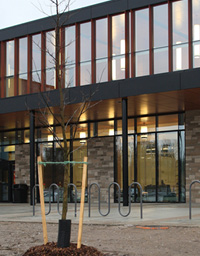 The YMCA has been a strong community voice supporting Canadian families for many years. This month, The Canadian Business Journal explores the YMCA of Western Ontario and learns how this particular branch is diligently working for its community members.

The YMCA is a charitable organization, but does have a business model where it charges for its memberships and services. It does, however, offer an important financial assistance program for people who may not be able to afford the fees, ensuring that lower-income families can always have access to the YMCA’s programs. Currently, the YMCA of Western Ontario assists approximately one-third of its members.

The YMCA of Western Ontario lengthy roots in the community and was established in 1856 as the seventh YMCA across all of Canada. It has now grown to include three Fitness Centres in London, one in Strathroy, one in Woodstock and one in St. Thomas. One project of particular excitement is the Stoney Creek Community Centre, YMCA and Library, a partnership project which opened up in November 2010. We spoke with General Manager of the Stony Creek Branch, Mike Ennis, about this new partnership, and the importance of a community centre in a community.

The Stoney Creek project is an important development for the YMCA of Western Ontario as it marked an important collaborative effort. This $30 million building took a $22 million investment from the city of London, Ont; to add to the $8 million invested by the YMCA. The YMCA then runs the facility and takes on all the operational risk.

The facility is an exciting addition to the community and has health, recreation and fitness facilities in the same building as the public library. It has two pools, a double gymnasium, a group fitness studio, adult fitness space, day camps for kids, and lots of multi-purpose rooms where the City of London offers programs. There are also all the usual programs and services offered by a public library.

“This branch is very much focused on health, fitness and recreation,” says Ennis. “The YMCA as a whole does a lot of things but this location is all health, fitness, and recreation.” With the rising rates of obesity, this is indeed an important part of any community, as is having a meeting point for community events.

“This building has really brought this community together especially with having the library in here as well,” says Ennis. “It has really become a focal point for the community as well in a very short amount of time.” The facility opened up in November 2010 and since that time it has accumulated more than 7,500 members—a substantial number for being open less than eight months.

The Stoney Creek Branch has a very high number of family members—about 80 per cent of its members, which is quite high. It is small but significant features of the facility that likely attract this, such as the Treehouse, an indoor playground facility where parents can come and relax while their kids play. “Whether it is the swimming pool or the treehouse, you can’t help but walk through the facility without seeing kids and families everywhere,” says Ennis.

“The community has totally embraced this building and they just love it,” says Ennis with pride. “They have just been waiting for something like this, and we will continue to grow our membership and programs. A lot of people know about us but people are still learning. The more people we can serve it can lead to a healthier community.”

The YMCA has a family feel, but really has something for every age. “We’ve been very pleased just to see the demographics that have been coming out of here,” says Ennis, noting he sees people from babies all the way to seniors come through.

Beyond fitness and recreation

The YMCA of Western Ontario not only gives communities the chance to participate in fitness and recreational activities regardless of income, it also has broader programs all designed to help communities in general, such as child care services, language instruction for newcomers, and through the development of programs such as the Our Youth Gambling Program, a prevention and education program designed to reduce the harm associated with youth gambling.

The Capital Campaign is an important fundraising initiative taken keep continually improving the buildings, services and programs throughout the branches of the YMCA of Western Ontario. “We’re just wrapping up our capital campaign,” says Ennis. “We have just completed renovations on four of our buildings, and we’ve opened this building in Stoney Creek and we’re also doing some building on our residential camp.”

The YMCA of Western Ontario will continue to provide essential health, fitness and recreation facilities for families. As Ennis aptly puts it, “The YMCA is just a great place for the community.”