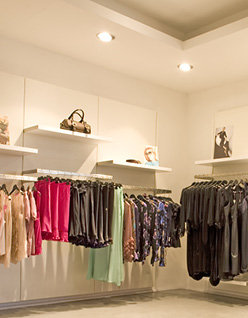 It’s the most wonderful time of the year—and for shoppers at North Toronto’s Yorkdale Shopping Centre, the most exciting, for the affluent shopping centre is undergoing a massive, $220 million expansion project scheduled for completion in 2012.

This time of year is extremely busy for Yorkdale, as thousands of shoppers visit the centre on a daily basis to pick up gifts for loved ones (and maybe a treat for themselves), take in a movie or meet for dinner. As the fifth-largest shopping centre in Canada, approximately 400,000 shoppers visit a week, but you’d hardly know if in the spacious (40 feet wide) and naturally lit halls.

Yorkdale enjoys a strategic location for both customers and retailers. With a TTC stop adjacent to its east wing, and built directly south of the 401 highway, the commute to Yorkdale is simple, as is importing goods.

Built in 1964, the mall underwent a huge renovation in 1999, adding a Rainforest Café restaurant, a movie theatre (originally owned by Famous Players Silver City, and now owned by Cineplex Entertainment), and Indigo Books and Music store.

In 2005, a $110 million expansion to the mall added another 50 stores, increasing the mall to over 1.4 million square feet of shopping heaven. This expansion included a 60-foot-high glass atrium that runs 300 feet along the east wing, providing some of the centre’s best real estate, with natural light and an airy feel. The investment paid off, making 2005 a banner year in customer traffic and sales volume.

With these expansions, Yorkdale attracts the world’s best in luxury brands. Canada’s most exclusive department store Holt Renfrew has a 65,000 square foot space in the mall, and a Tiffany & Co. store recently opened beside it. Armani Exchange, Micheal Kors, BOSS and Crate & Barrel have all opened stores in the mall as well, contributing to the mall’s record for highest sales per square foot in the country. This summer, Yorkdale courted the downtown fashionista crowd to visit the Canadian J. Crew flagship store, another noteworthy addition to the centre.

Having the world’s top brands available to Canadians only has one drawback, and it has to be mentioned that Yorkdale’s parking lots fill up and stay filled.  Yorkdale’s management has recognized this demand, which is a big part of the 2012 expansion.
2012 Expansion

“Canadian wanted it and now they have it…thanks to an exciting new $220 million expansion that will add more than 145,000 square feet and 40 new stores to Yorkdale,” announced management, earlier this year. EllisDon will be the main contractor for the expansion.

“We are expanding thanks to the strength and success of the existing shopping centre and strong tenant demand for space,” says Anthony Casalanguida, General Manager, Yorkdale Shopping Centre. “Not only as we bringing an amazing array of new brands to Yorkdale, but this expansion will also bring employment opportunities to the GTA, both during the construction phase and once retailers open.”

800 new parking spaces will be added in the expansion.

In a video on Yorkdale’s website, Rob Brown, General Superintendent, Yorkdale South-West Expansion, tells us to mark Nov. 15, 2012, on our calendars as the expansion’s completion date. Brown assures us that the expansion will not hinder retailers in the mall (good news for us Christmas shoppers), saying, “We do our best to control any dust. We used negative air machines once we have the building enclosed to ensure that the air pressure is negative in the construction area.”

As for who is moving into the new stores, expectations and speculation is running high, given the high profile stores that Yorkdale is known for. As for any hints, Jason Nazareth, Tenant And Technical services coordinator says, “I wish I could, we have to keep some secrets.”