MONTREAL, June 01, 2021 (GLOBE NEWSWIRE) — Kirandeep Kaur came to Montreal to study business in 2019. This strong and determined 25 year-old woman wanted to become a financial analyst. She and her husband Baljeet Singh Sidhu left their family in India to begin a life together in Canada.

In December 2020, Kaur was diagnosed with an aggressive form of appendiceal cancer that had spread. Despite the chemotherapy, she was admitted to the MUHC multiple times with complications caused by the cancer. It was surgical oncologist Dr. Sinziana Dumitra who treated her, and who realized there was nothing more anyone could do to save her.

“It wasn’t just like the disease came back a little bit,” says Dumitra. “It came back with a vengeance.”
-Dr. Sinziana Dumitra, surgical oncologist, MUHC

Desperate to return home to India, Kaur’s medical team was unsure whether she would survive the 14-hour flight to Delhi, and another 8 hours by train to Punjab.  Deeply affected by Kirandeep’s situation, the MUHC surgical oncology team looked at every option to send her home.

“There was a lot of distress from the nursing team and medical team about Kirandeep’s safety and wellbeing. She was so strong and brave to make the voyage to be with her family despite how sick she was.”
-Celia Lombardo, Assistant Nurse Manager, MUHC

It was Friday night when MUHC Foundation President and CEO Julie Quenneville received a call from Dr. Dumitra.

“When I heard Kirandeep’s story, I knew we had to help. To lose someone so young and to be unable to grant her final wish is a tragedy. I was sure we could find donors as moved by the story as I was.”
-Julie Quenneville, President & CEO, MUHC Foundation

Quenneville then called Mark Smith, France Chrétien and André Desmarais, all loyal donors to the MUHC Foundation. When they heard Kirandeep’s heartbreaking story, they quickly took action, not only donating the funds for Kirandeep to return home, but organized the entire journey. Kaur was flown to Toronto on a private jet, where she would board a flight to Delhi. A rush visa was secured for the nurse who would accompany her. 4 days after Quenneville received the call from Dr. Dumitra, Kaur was home in India.

“If the Foundation wasn’t there, we probably would not have been able to do any of this. They made her illness something that is bearable.”
-Dr. Sinziana Dumitra, surgical oncologist, MUHC

“It was a miracle, I thank the people who helped us from the bottom of my heart.”
-Baljeet Singh Sidhu, Kirandeep’s husband

The McGill University Health Centre (MUHC) Foundation raises funds to support excellence in patient care, research and teaching at the McGill University Health Centre, one of the top university hospitals in Canada. Our Dream Big Campaign to change the course of lives and medicine is raising millions of dollars to solve humanity’s deadliest puzzles: infectious diseases; end cancer as a life-threatening illness; fix broken hearts through innovative cardiac care; detect the silent killers—ovarian and endometrial cancers—early; create the best skilled health care teams in Canada; and much more. We are rallying our entire community to solve the world’s most complex health care challenges. 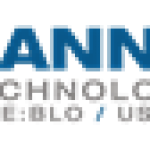 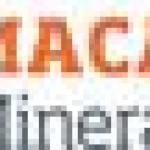