Your Profits Are Governed By Efficiency in Your People

Over the past 30 years of coaching hockey teams, I have come to learn that one of the most important aspects of a successful team is its ability to be efficient consistently. This included players, coaches and management making decisions, working in harmony together and doing their own job to the fullest of their ability. The ultimate goals for my teams were to be the best we could be during time of execution.

When a player would be in a game sick or injured, the output of the team was always jeopardized. Their skills and decision-making would be ineffective and be detrimental to others. For instance during games, players would have to do more than their own job and cover for the inefficiency of the ailing linemate. This put a strain on the team’s play. It resulted in fatigue occurring faster for players, mistakes being made more often and then an implosion on the bench, with frustration setting in the minds and before you know it, dissention among the players.

In business the same holds true. If employees and management are not at their physical best, the output of the company is affected. Efficiency is taxed and the cost of doing business skyrockets.

The average absence rate among Canadian organizations in 2015 was 8.9 days per full-time employee, according to a Conference Board of Canada Report.

However when employees, management and executives are at work, there is still inefficiencies. Today, companies deal with two problems that tax productivity and profits. They are called “sitting disease” and mental illness.

Greater Toronto Area renowned chiropractor and owner of MOSAIC Lifecare, Dr. David Harper says, “Just because there is no physical pain – does not mean there is no problem. Sure employees can be in their workspace – but they are not able to be efficient at their job. Sitting disease and not managing stress are major problems that affect the company’s output.”

This is not new in companies. Businesses like those with sewing production have experienced the affect of employee sitting for long periods of time for almost a hundred years. The difference today is, with the advent of computers, the office jobs are prone to these same issues manual labour has for years – physical health problems of employees.

“Prolonged sitting has now been linked to everything from an increased risk to cancer, diabetes, heart disease, joint pain, blood clots, neck pain, arm pain and headaches, lower back pain and sciatica, and even early death,” explained Dr. Harper. “The body responds to inactivity in a completely different set of physiological actions than with activity.”

‘Presenteeism’, defined as being there but not productive, is the silent killer to efficiency for a company. “Mental illness is on the rise. Symptoms like not sleeping well, not socializing much, feeling lethargic, depressed almost daily are negatively impacting employee’s functioning due often times to not being able to deal with their feelings. These symptoms impact one’s efficiency and time to produce a task, which ultimately drives up the cost of production,” Dr. Harper pointed out. He also said, “This problem is beyond Canada. WHO (World Health Organization) is saying corporate is responsible for the education to have a healthy world. If WHO is talking about coming up with a solution, then there is a global issue.”

To improve economically and ensure optimal profit with quality production from employees, Dr. Harper recommends implementing immediate short term shifts and long-term shifts into employee day-to-day workloads. The goals of these shifts are to demonstrate to staff that the company values them as people not just as a number.

Short Term Shift: The purpose is to move people’s left brain activity to right brain creativity for two to three minutes. This should be done once an hour.

Have the person step away from their work station:

a) Jump up and down; stretch; dance to music
b) Create a picture by drawing or painting
c) Open up a preferred scent from an essential oil.

Long Term Shift: Implement a self care training program where by staff has access to

“These concepts will help deliver an internal message to staff that the lives of everyone in the company play a far more important role in the success of the business,” concluded Dr. Harper.

If you want to be a company that is influential in the marketplace then it is not enough focus on increasing the bottom line, you must have a desire to be a great place to work at for people.

Kevin Huhn is the Founder of Be Your Best Today and through its mission helps small to medium sized businesses clarify their message, increase visibility and generating more sales. To learn more visit beyourbesttoday.ca. 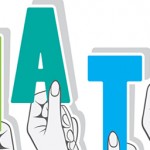 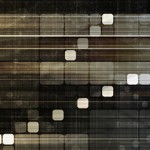 The Competitive Advantage for Top Miners through Data Driven Insights