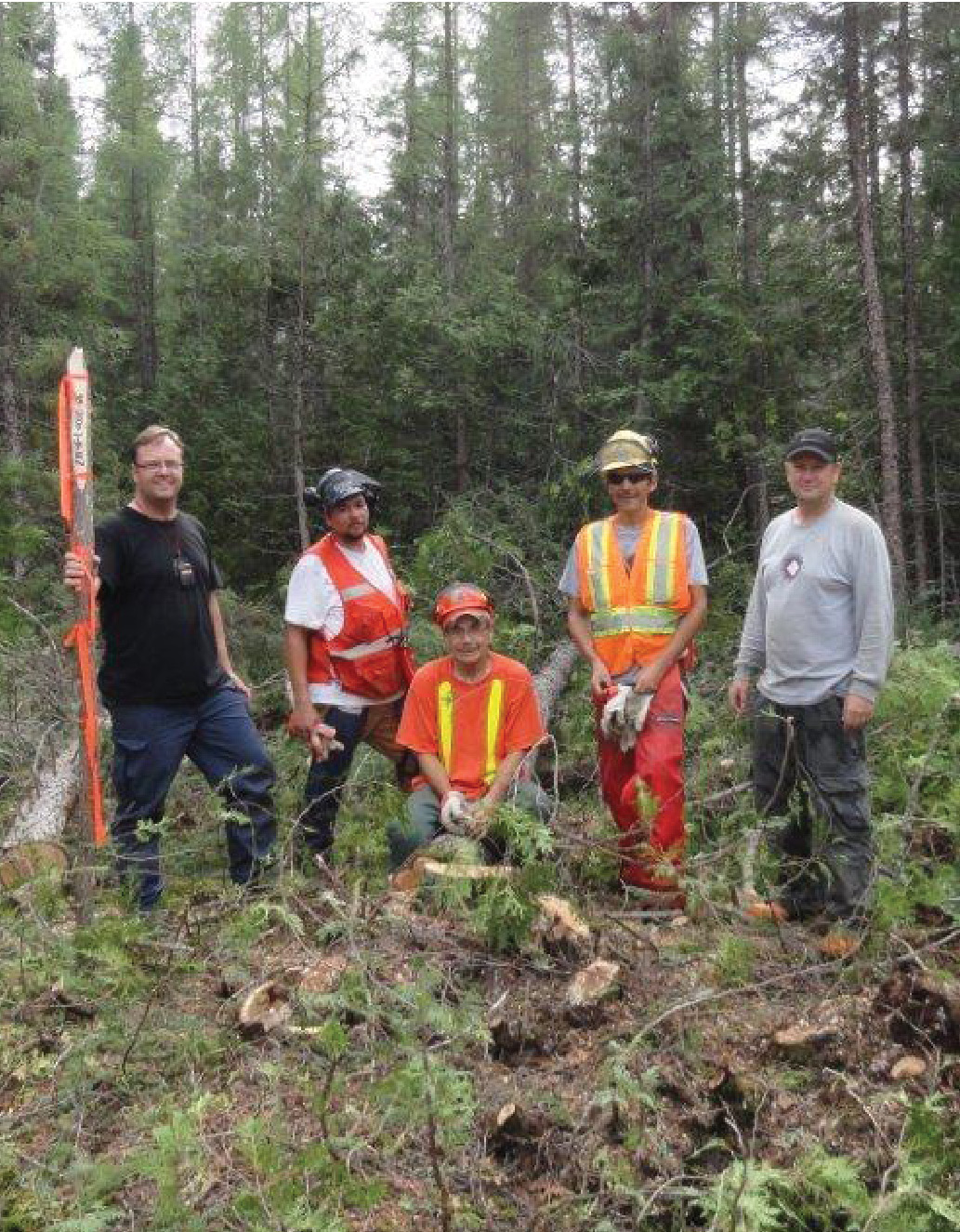 A game-changer in graphite

Junior explorer Zenyatta Ventures is developing an extraordinarily high-purity graphite project, with which it hopes to target the high-tech market usually reserved for synthetic graphite.

Junior exploration company Zenyatta Ventures (TSXV: ZEN, OTCQX: ZENYF), based in Thunder Bay, Ont., achieved what many companies can only dream of when it stumbled across a unique mineral deposit lying in its backyard. Incredibly, Zenyatta discovered the large graphite deposit quite by accident, seeing it as a blip in its copper-nickel exploration in northeast Ontario. It wasn’t until the lab results came back that the company realized the significance of its find.

“To be honest with you, even though I’m a geologist and I’ve been in the business for 30 years, we didn’t know what we had,” confesses Aubrey Eveleigh, Zenyatta President, CEO and Director. “We drilled one hole and moved onto our other targets because it wasn’t the copper-nickel we were looking for.”

Eveleigh and his team sent off samples to the local university and within a few weeks, they received results that forced them to rethink their entire company strategy. The professor told them they had found “the rarest form of graphite known to man”. It was a “volcanic setting; vein or hydrothermal style” kind of graphite found in meteorites and the earth’s mantle – completely different to common flake graphite.

Eveleigh co-founded Zenyatta Ventures in 2010, teaming up with some key contacts in Toronto to create a company that would partner with Cliffs Natural Resources (NYSE: CLF) to explore copper-nickel-sulphur in the Ring of Fire. The two companies still hold some exploration blocks together, but making the ground breaking graphite discovery changed Zenyatta’s priorities. The explorer developed it into the Albany Project, bought out Cliffs’ stake in it and made graphite its primary focus.

As Pure As It Gets

Further research showed that the Zenyatta’s graphite was similar to that at only one existing mine, in Sri Lanka. Publications and statistics from this 100-year-old mine showed that this rare type of graphite demanded the best price and was easy and cheap to process. Zenyatta put its own samples through an easy and cheap process of grinding, floating and caustic bake (sodium hydroxide) and discovered quickly that it could achieve an “extraordinary” carbon purity of 99.99 per cent.

“I’m told by graphite specialists that we’re the only company in the world that can get to 99.99 per cent purity using caustic bake. So that puts us in a category alone; we have been getting a lot of attention globally since then.”

Announcing the deposit’s purity is what really “got the stock moving” and the warrants exercised, says Eveleigh. “It bumped the stock from 80 cents per share all the way to $2.50 per share … It brought in a lot of money for us. Only recently we received approximately $10 million from the $1 warrants, meaning we don’t have to go to the capital markets to finance.”

The graphite of the Albany Project has hydrothermal graphite intersections of up to 300 metres wide, which are also close to the surface and suitable for initial open-pit mining. The project’s logistics are also good, with plenty of infrastructure nearby.

“We’re just 30 kilometres north of the trans-Canada highway, gas pipeline and hydro line,” says Eveleigh. “We have logging roads all around us and a rail line within 30 to 40 kilometres as well; all of which should keep the project costs low.”

Zenyatta’s immediate plan for the Albany Project is to scale it up, moving from metallurgical tests on a bench scale to doing the same with a “mini bulk sample” of five tonnes. The company’s tests so far have shown that any sample of its graphite, from grades of 60 per cent to 90 per cent out of the floatation and of any grain size, could be processed to 99.99 per cent purity. “It really is one of a kind,” remarks Eveleigh.

“Because of that, we’re trying to educate people on the unique style we have discovered. We’re going to be producing an educational animation that will try to explain our extremely rare form of graphite. There are even a lot of geologists still trying to wrap their heads around it.”

Despite the Albany Project’s spectacular results, Eveleigh realiz es there are still steps to be made in developing the project. Only after drilling for a defined resource and an economic assessment will Zenyatta be able to decide how to progress the project – whether to bring it into production single-handedly, or in partnership with another company.

“We’ve been approached by many companies from all over the world, so it’s possible we could bring on a strategic partner to help us. We accept there’s no guarantee we’ll get to that stage, but it’s nice to see all these companies endorsing the project by wanting to have a look at our project and test samples.”

Eveleigh believes there is a good and growing market out there for the ultra-high purity graphite Zenyatta could one day be producing. The company will target the synthetic, high-purity market primarily associated with technology, in which Zenyatta’s product should have a big advantage.

“The entire reason that synthetic graphite exists is that various applications need high-purity graphite that generally can’t be obtained from other sources,” Eveleigh explains. “It is made from petroleum coke, in a very expensive process that I’m told costs up to $6,000 per tonne. They sell it for $7,000 to $20,000 per tonne because it is an incredibly valuable market, and fairly big too – about 1.5 million tonnes annually.”

With the mark-up for synthetic graphite this high, that for natural high-purity graphite should be even better. What’s more, the market appears to be growing at a rate of two to four per cent each year, partly due to the proliferation of clean technology. One example is devices such as mobile phones and electric cars powered by rechargeable lithium ion batteries, whose anodes use high-purity graphite.

Zenyatta is also targeting a newer, lesser-known application for high-purity graphite: Pebble Bed Reactors. These are smaller, more efficient and allegedly safer than older nuclear reactors, so they could eventually replace the world’s old reactors. China has two in operation today and plans to build 30 more, while the U.S. plans to contract Areva to construct one in Idaho. The Pebble Bed Reactor consumes a lot of graphite, which must have a purity of at least 99.5 per cent.

While the future holds much promise for Zenyatta’s high-purity graphite, the company’s priority now is to confirm the resource, ideally by September this year.

It will then begin the economic assessment, which Eveleigh expects to complete in the first quarter of 2014.

“We’re also going to be testing the properties of the graphite crystals, to determine qualities such as conductivity, thermo-expansion, porosity, specific capacity and overall morphology,” he says. “We’re going to learn some things about the graphite crystals that could be very important for its various applications.”

After stunning the investment community with its initial results, Zenyatta has a lot to live up to; but Eveleigh is confident that he and the rest of the Zenyatta team are just the right people for the job. “We’ve got a great team of people in this company – some of the best I’ve ever worked with – and we’re moving this forward at a fast pace,” he says. “Everyone is delighted with the progress so far.” 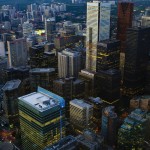 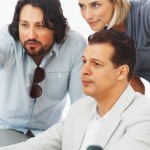