CBJ — Facebook CEO Mark Zuckerberg will likely be on the defensive as U.S. lawmakers on a Senate Committee look to regulate internet-based companies.

However, it’s unlikely new laws with any teeth will come out of the hearings, primarily due to a lack of political will and the effective lobbying of technology companies. Such technological issues are so intense many members wouldn’t be able to offer prudent decisions, so it’s likely they’ll ignore the matter altogether.

Zuckerberg and his company are facing international outrage over how Russia managed to manipulate Facebook in order to spread divisive political propaganda during the 2016 U.S. presidential election. In addition to that a political consultancy firm, Cambridge Analytica, improperly harvested personal data of about 87 million Facebook users, most of them Americans. It’s believed about 670,000 Canadian accounts may have been compromised for nefarious reasons as well. 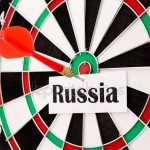 Russian Ruble Down after U.S. Sanctions
PennantPark Floating Rate Capital Ltd.’s Board of Directors Approves the Reduction in the Asset Coverage Requirements