As one of the largest and most successful construction companies in Canada, Maple Reinders is celebrating 50 years in business in 2017. The family-owned, full-service construction company started from very humble beginnings in the basement of founder Fred Reinders’ home in 1967. Fred’s son Mike was just 11 years old at the time but he would eventually wind up running the company, and has now served as President of the Maple Reinders Group for the past 27 years.

The Canadian Business Journal recently spoke with Mike Reinders about the family business and its incredible growth throughout the years following the initial groundwork that was laid out by his father half a century ago. The elder Reinders still ventures into the office on most days to witness the production process.

“My dad originally called the company Maple Engineering and Construction. It was Canada’s Centennial in 1967 and it was a nice Canadian name. I also like to say it was the year the Leafs last won the Stanley Cup,” laughs Reinders.

Fred J. Reinders emigrated from Holland and originally took a job working on the St. Lawrence Seaway and has always had marine engineering in his blood. After deciding to spread his entrepreneurial wings the very first project he secured was the construction of a dock near Owen Sound, Ontario. However, with a limited number of docks to bid on beyond that, Fred Reinders decided to try his hand at bidding on sewage and water pump stations.

By 1980 Maple was primarily occupied with sewage and water treatment plant projects but it began aligning more intently with FJ Reinders in constructing buildings, which was a notable transition for the company as a whole. Mike Reinders estimates that about 50% of the company’s work is now on buildings and 50% on environmental – sewage and water treatment – but also waste treatment, composting and anaerobic digestion of organic waste.

The first landmark project for the company came in the mid-1970s in a deal to build a new Wardair hangar at Toronto’s International Airport.

“My dad struck up an agreement with Max Ward, on a handshake, to build him a new hangar that could house three 747s. It was built in record time and was the largest freestanding structure in North America at the time,” Reinders proudly recalls.

The success of such a major project as the Wardair hangar provided a substantial boost to Maple, which at the time was still less than 10 years old, and it served as a linchpin to landing other sizable projects. Throughout the decade of the 1970s there was substantially more emphasis on the consulting company, which continued to grow rapidly while the construction company managed to hold its own.

Mike Reinders followed his father’s career footsteps and graduated with a civil engineering degree from the University of Waterloo in 1979 and opted to accept a job in western Canada. In 1981, his father asked if he would return to Ontario to help push forward on an agenda for the construction company, which the elder Reinders felt had far greater potential than the $3 million in annual revenue that it had been generating. Upon returning, Mike Reinders quickly had to learn the ropes, which he did, and throughout the decade of the 1980s the construction business gradually gained more and more traction each year and expanded to about $30 million in annual revenue by 1990. If that wasn’t enough to keep both father and son busy, Mike also managed to find time to earn his MBA from the University of Toronto.

Now, 50 years after launching the company, Maple Reinders employs nearly 400 people in Mississauga, Cambridge, Calgary, Edmonton, Vancouver, Kelowna and Halifax, the latter being the newest location to come on board.

Over the past 20 years Maple Reinders has also completed a number of large projects in Manitoba and Saskatchewan, with corporate coordination coming out of the offices in Calgary and Edmonton.

Maple Reinders has gained a solid reputation for its production in industrial, commercial and institutional construction. Reinders and his team constantly seek out specialized projects where they have a particular expertise, and notably in the environmental realm.

“We used to do a lot of industrial warehouses and plants. We cut our teeth on that sort of thing in the 1980s and 1990s. But it’s cutthroat, and it’s cheap, and after a while it’s not so challenging for our people so we’re starting to focus more now on food and beverage, offices and seniors facilities,” explains Reinders.

Reinders is a proponent of public and private partnerships, commonly known as P3, which he believes is an efficient method of having construction projects receive the green light. Without this unique model, many projects would likely never come to fruition due in large part to limiting financial constraints.

An incredibly impressive portfolio has been established by Maple Reinders throughout the years having worked with many of the largest corporate entities in the country, including the likes of the Royal Bank of Canada, Imperial Oil and Porter Airlines, where Maple was involved in building Porter’s terminal at the Toronto Island Airport about seven years ago. More recently Maple Reinders completed the aforementioned Calgary compost facility, with more than $100 million of construction.

Oftentimes Reinders and his associates find themselves using technology that originates from Europe because of their tendency to be more advanced, especially in environmental technology and treatment. Additionally, the Maple team employs a wide variety of the very best technology platforms using such devices iPads and iPhones on the job sites. Workers can now take pictures and snapshots and make scans and submit them as opposed to having to deal with tedious written forms.

One of the most useful technological tools is Building Information Modelling (BIM). Maple Reinders offers 3D services to its clients because oftentimes there will be a discovery of an assortment of conflicts. If these types of problems are recognized half way through construction it invariably leads to unexpected costs and can mean having to start over from scratch. This incredible technology makes for a much more efficient construction process from the very outset.

“We did that recently for a sewage plant project in Alberta for a town,” recalls Reinders. “We ran it and found numerous conflicts, such as a door opening with a three-foot drop below it, or a stairway going through a pipe. The client was very happy with us because we found these conflicts before construction started. With the consultant, the designs were able to be changed without additional costs.”

Preparedness and attention to detail are two hallmarks of success that separates a project that finishes on time and on budget compared to one that winds up with numerous costly delays and add-ons for the client. At Maple there is a robust culture of working together as a team through collaborative thinking and action from the start of a project to its completion, which ensures nothing gets missed along the way. As Mike Reinders likes to say, the company’s decisions are not based on who is right but rather what is right. It’s always about the client and the project being the primary focus.

For the Reinders family and for the business, a wholly successful project is one where everybody wins: the client (owner) receives the best value; all the sub-contractors have a good project and can make money; Maple Reinders can make money; and the project is completed on time and with the utmost quality. It’s an expectation that has become engrained in the company’s culture.

“We certainly have strong values in the area of trust and respect. Integrity is a very big thing with our company. I hold myself open for accountability and we hold ourselves as a company out for that accountability,” says Reinders.

In addition to his father, Mike Reinders has a younger brother Harold who also plays an integral role within the company. Five years ago Harold took over operations in Ontario and last year he expanded his responsibilities to include the west as well. It’s all in preparation for the baton being handed over to him in the not-too-distant future.

“I’m almost 62 and looking towards retirement and he is ramping up,” says Reinders.

Another key component within the construction industry is the health and safety aspect as well as environmental issues and corporate social responsibility.

“People are our most important asset and it’s imperative to always have a good, safe atmosphere. Safety isn’t just on the job site, it’s also safety in the office and everywhere else,” affirms Reinders. “We also advocate that employees offer their services in society. As a company we give 10% of our earnings to charity. My dad started it when he launched the company.”

Maple Reinders is widely acknowledged as being one of the preeminent construction companies in Canada, and they have the awards and recognitions to stand on, including being named one of Canada’s 50 Best Managed Companies for the past six years, and achieving platinum status last year. The company has won numerous other awards, many of which have been heavily focused on high standards with respect to environmental achievements.

In addition to organic growth, Reinders envisions an even more substantive level of innovation being at the core of what the company will continue to focus upon over the next few years. He points out that the innovation will not be limited to building infrastructure, but will also cover areas such as accounting, human resources and information technology, all as part of an effort to be as efficient as possible.

“We always want to help our people to learn to do things more efficiently and tapping into their brains for creativity for new ideas. It’s all about People, Planet and Profit,” says Reinders. “The people who work for us and also the people we interact with; the planet. Our environmental projects certainly are geared towards preserving our planet, such as treating sewage and water, reducing organic waste and processing anaerobic digestion. And profit – as a well-run company we have to earn a profit. We want to give back to the people of this planet through our charitable donations and we want our employees to be the best paid in the industry. We want to continue achieving excellence in what we do.” 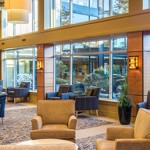