Ten years ago, an advocacy alliance was formed between construction associations and major unions to promote the creation of infrastructure in Ontario.

This year, the RCCAO (Residential and Civil Construction Alliance of Ontario) saw a decade of advocacy efforts come to fruition through the Ontario government’s budget, which dedicated the largest ever funding for infrastructure – $130 billion over 10 years through the Moving Ontario Forward plan for transportation, transit and other critical infrastructure. This move will support more than 110,000 jobs per year.

In constructing Ontario’s roads, buildings, water mains and more, the 10 member companies of the RCCAO are committed to ensuring the long-term success of the province well into the future.

“We’re an advocacy organization, and part of that is to ensure there is more work for those in the construction industry, but more than that, it’s for the long-term public good,” says RCCAO executive director Andy Manahan. “The RCCAO’s goal is to work in cooperation with governments. We’re not always going to see eye to eye on everything the government does, but there’s going to be more success if we work cooperatively with our various stakeholders. There are a lot of challenges, and pulling together is the best way to do it.”

Coming together for the greater good

John Evans, general counsel of the Labourers’ International Union of North America (LIUNA) Local 183, is on the RCCAO’s board of directors. Local 183 is the biggest local construction union in North America. (See a complete members list at the end of this story.)

Evans says the alliance between unions and management groups is successful.

“We come together for the purpose of commissioning studies and working with government at all levels — municipal, provincial, federal — to provide a perspective and to assist in all aspects of construction.

It’s a great way, quite frankly, to deal with your contemporaries in an informal way, across the table from one another, for a mutual gain,” Evans says.

Each uniquely positioned individual seated at the table has extensive experience in the construction industry and a broad knowledge base. Evans believes the RCCAO has been so successful in working cooperatively with the government because of the calibre of people around the table. Although some construction unions may have disagreements or disputes, these do not permeate into the boardroom, as the RCCAO recognizes the mutual benefits of ensuring everybody’s interests are protected and respected.

“When we come together as a group, it works well because everybody leaves their egos at the door. We don’t let legal disagreements or litigation interfere with what we’re trying to accomplish as a group.

We’ve earned the respect of all levels of government because we’ve commissioned these authoritative studies by well-respected leaders within their respective fields and we want the views of these experts to assist in providing solutions to very difficult construction-related problems. We commissioned the best people possible in order to provide true, independent opinions and reports that are very significant to the construction industry in Ontario,” Evans says.

The RCCAO’s collaborative approach toward advocacy has certainly been extensive in its 10 years of existence, and has made in-roads with key contacts in business and all levels of government.

Brad Duguid, Minister of Economic Development, Employment and Infrastructure, says the RCCAO has made a significant impact since forming 10 years ago. In a statement, the Minister says: “The government of Ontario would like to thank RCCAO for their advocacy in smart, strategic infrastructure investments. We know that investing in our infrastructure creates construction jobs, but it also creates the backbone of a modern economy and allows people, products and services to move freely across our great province. Congratulations to everyone at the RCCAO on their 10th anniversary.”

The RCCAO has commissioned over 30 reports and submitted many position papers to politicians.

The RCCAO commissioned its first report, “The Infrastructure Funding Deficit: Time to Act,” in 2006.

Whether the issue is related to bridge maintenance, deteriorating sewage systems or soil management practices, the infrastructure funding deficit is something the RCCAO is working to address, including through promotion of an increase in the gas tax and creation of toll roads. Although there is work to be done, Manahan feels positively about the steps that the provincial government is currently taking to fund infrastructure, particularly the 2011 long-term infrastructure plan, a watershed moment for the construction industry since government funds tend to be allocated on a yearly basis.

“I think it’s recognized right now that infrastructure is really important to the economy and to building a strong society,” Manahan says. “Certainly with the Ontario government, with the recent budget, even though other sectors have been squeezed a little bit, Premier Kathleen Wynne made a commitment that she was going to continue on with the $130-billion infrastructural investment over 10 years. That’s the third year in a row that she’s mentioned that. That’s an unwavering commitment to infrastructure, which is a sign that there’s a recognition amongst governments that infrastructure is really important to our future well-being.”

Investment into infrastructure results in spinoff jobs, but it also ensures that businesses are able to operate more safely and efficiently. For example, transportation is one of the biggest multipliers for investment.

“If we have good roads and highways, we are able to deliver goods around Ontario and Canada much more easily, and that’s beneficial to the economy. We need to be competitive with other nations, and if you want to remain economically viable, you have to make investments and think about the long term,” Manahan adds.

Improving the one call system

One of the important studies the RCCAO has commissioned is related to Ontario’s one call system, which deals with locates for underground gas, hydro and sewer lines. When a contractor is digging for a particular project, the mandated legislation demands that they obtain locates in advance. Before 2012, calls had to be made to each of the utilities. But since the 2012 “One Call Act” took effect, homeowners, contractors, builders and excavators now can make a single locate request to a call centre. Although the concept was a significant improvement, tardy responses to locate requests still hinder vital infrastructure projects such as water and sewer systems from being completed efficiently. The study revealed many areas for improvement, including sufficient resources to respond to requests and escalated sanctions for repeat violators.

“We are coordinating now with government officials to lend assistance to work the bugs out, so it is more efficient for everybody, both the contractor and the consumer at the end of the day,” Evans says.

A number of years ago, the RCCAO became concerned about excess construction soil taken away from development and infrastructure projects rather than being reused. RCCAO created a soil-matching service known as “SOiiL” (Supporting Ontario Infrastructure Investments and Lands) and hired Al Durand as project manager. SOiiL is an online service that promotes the responsible movement of excess soils from construction projects.

In a commissioned independent study, best management practices were identified for the handling of excess soil. The practices were compliant with environmental assessment approaches and local regulatory requirements. The main objective was to responsibly identify usable excess soils at a source site and handle these soils accordingly, based on future beneficial reuse either at the same site or other acceptable receiving locations. The approach was risk-based in order to avoid adverse effects on the environment or public health.

“We are quite proud of our efforts in influencing the province to implement best management practices for excess clean soils,” Manahan says.

Last September, RCCAO released a four-part transit video series to explain  how the development of a successful, evolving transit system has eluded the Greater Toronto Area for decades. The videos shows viewers a number of examples where there was inappropriate government intervention. For example, Mayor Rob Ford cancelled a plan for light-rail transit because of his preference for subways.

“There are a couple of reasons why that’s inappropriate. One is that it doesn’t engender a lot of public confidence in important decisions, but more importantly there had been a lot of studies and environmental assessments, and those dollars were just washed down the drain,” Manahan explains.

The video series shows the importance of basing transit decisions on evidence backed by empirical data set by professional urban planners and engineers who understand ridership and engineering constraints.

In addition, the series says politicians’ final decisions should be considered for the long term, not changed every four years.

The RCCAO has also commissioned studies on bridges and larger culverts that are reaching the end of their life cycle of about 50 or 60 years. The studies found that it wasn’t uncommon to forgo proper maintenance on those bridges.

“We found in some of our bridge studies that smaller municipalities had not been meeting their legislated requirements to do inspections every two years. That’s a really big concern, and we’ve seen in Laval, Que., and Minneapolis, Minn., that they’ve had fatalities. We don’t want to see that happen in Ontario,” Manahan says.

The RCCAO is currently working to address the bridge issue, in addition to other construction-related issues, with their partners at the Ontario Good Roads Association. The association includes several municipal politicians and staff.

Bridge maintenance is of chief concern to the RCCAO because of their dedication to public safety.

Ultimately, it is the public that benefits from construction projects. By working with government officials, organizing roundtable discussions with key stakeholders and conducting research, the RCCAO bridges gaps in communication to facilitate infrastructure planning for the province’s future.

“I view what we’re doing as a grand, positive mission for the good of Ontario,” Manahan says. 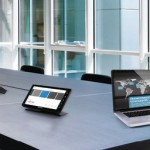 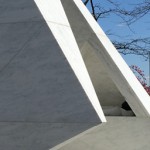