Franchising in Canada represents about $96 billion per year for the country’s GDP, equaling 5% of the nation’s economy. At last count there were 75,765 franchise units operating under 1,300 brands accounting for $61 billion in total household wages, making franchising the 12th largest industry in Canada.

Uniquely designed, franchising is business model that helps drive our nation’s economy across a number of business industries. A successful brand is one that manages to blend the optimum in franchisor and franchisee relations and operations down the same successful path.

Franchising is a distinct relationship between an individual or company that owns the rights to an original concept and brand which is developed into multiple duplicate systems. The creator – or franchisor – then contracts the use of the new brand and operating system for what is known as a franchise fee. After the initial investment, the franchisee agrees to pay a royalty back to the franchisor on an ongoing basis – usually in monthly installments over the fixed term of the agreed-upon contract. The franchisee essentially leases the brand and its associated peripherals, but never actually owns it.

At the core of the contract is an agreement between both sides that the franchisor will provide a proven business model along with proprietary products and services which must be used by each individual franchisee. Compliance of the rules and regulations for each franchise setup are always enforced, although some more strictly than others. It is those that tend to have the most success.

The franchising business model is beneficial to both sides; it provides the franchisor with faster access to an increased number of markets and final points of distribution of their products and services. From the franchisee perspective, he or she is given immediate and continued support and instant name recognition of the brand.

Since its inception in 1967, the Canadian Franchise Association (CFA) was created to oversee the many franchising opportunities that were burgeoning from coast to coast to coast. The non-profit organization was created by several franchisors who wanted to have a more systematic and regulated process, especially for lobbying efforts to the federal and provincial and territorial governments.

The CFA represents more than 700 franchise operations and the professionals who support the industry as a whole.

The Canadian Business Journal recently spoke with John DeHart, Chair of the CFA about the association and its ability to create a cohesive voice regarding lobbying and a system to promote best practices across all industries. DeHart is based out of Vancouver and owns two very successful franchises, including Nurse Next Door, which he started about 18 years ago with a partner. It’s an in-home seniors-care company where we take care of the elderly in their own homes.

“We’re going into our 11th year of franchising and we have close to 200 franchises across North America now,” he says.

Following Nurse Next Door DeHart launched a second brand, which is now in its third year called Live Well Exercise Clinic. In fact, DeHart joined the Canadian Franchise Association before launching his own franchise system.

Serving as the primary platform for all franchising in this country, the CFA promotes the positive aspects to ensure all programs and initiatives are used to their full advantage. Furthermore, the CFA educates Canadians about the finer points of franchising, and can assist in tracking down specific opportunities that may be of particular interest to an individual or group.

Whether it’s a business to business company, automotive, retail or quick-service restaurant, the procedure is essentially the same. It is up to the individual franchisee to ensure all quality control standards are met and that the consistency in the products, goods and services are maintained. Part of that consistency includes adhering to the specifications set out by the franchisor.

In order to make an informed, educated decision on what type of franchising may be best suited for a particular individual, it’s important to know all the facts of that specific industry and a brand before jumping in with both feet. It’s a common mistake people can make, and DeHart has seen all too often. Due diligence is key. To buy into an existing franchise is a major step in one’s career given the amount of time and finances required to make a successful go of it.

The coming together of a franchisee and a franchisor is much like a marriage. It’s important to select the right business brand because the marriage is going to last for a long time.

“At the CFA our mission is to help everyday Canadians pursue the dream of business ownership; that’s why we exist and do what we do,” says DeHart.

The big, medium and small-sized franchises each have their own unique needs and they all get different kinds of benefits in being members of the CFA. In order to help everyday Canadians reach their dream of business ownership the CFA engages in three specific areas:

The first is advocacy. Anything that is going to be a risk to the franchise business model or small business the CFA is a strong advocate for. The larger brands rely on the association for being the voice to the government that represents all franchising.

Education is the second key element. How can the CFA make franchisors become better so they develop more successful franchisees? Big or small they all share in that. The start-ups and emerging brands get the most value from it.

“For the first time this year we’re doing something called the Boot Camp for Emerging Franchisors. It’s a two-day event and we’ll have some of the biggest brands and pioneers of franchising who will be teaching for those two days,” says DeHart.

The third pillar of the CFA is to help people to find the business opportunity that is best suited for them.

“We match franchisors with people who are looking to become part of a franchise brand,” says DeHart.

As a means of moving with the ever-changing times the CFA has also spearheaded a rebranding process of its own. It’s all about efficient transferal of knowledge.

“We realized as a group that our purpose is to help everyday Canadians pursue the dream of owning a business. Franchising is all about small business and giving people the tools, the system and the process that they need to start their own business. The CFA brings that dream a giant step closer to reality,” mentions DeHart.

“In the past year we’ve undergone a process to really understand the power, influence and impact of franchising and it’s come from our advocacy program. It’s an important thing to understand when we talk about franchising. Our government and many people often don’t understand,” continues DeHart.

The primary benefits to individual business people coming onboard under a brand name as opposed to going alone as a one-off entity are numerous. According to the Harvard Business Review about 75% of all new enterprises fail. Franchising takes a large portion of risk away. The failure rate for franchising is likely the inverse of that number because of already being equipped with a known brand, the trademarks, the operational manuals and the processes. There is also have the benefit of learning about what the existing franchisor and franchisees have gone through in their experiences.

“Franchisors and franchisees made many mistakes along the way before becoming successful and getting to where we are at now. New franchisees don’t have to trudge through those same mistakes,” advises DeHart. “If you start a business without a franchise system, you are going to go through a lot of growing pains.”

Individuals who may be considering a venture into the franchising realm have a number of different resources to engage, including the CFA website, which contains various tutorials and newsletters. There is also the Franchise Canada magazine, which comes out every other month both in print and online. The website LookForAFranchise.ca is another medium where people can explore the various franchising opportunities to investigate concepts and brands. Last but not least the Franchise Canada Show is an excellent opportunity for members of the public to get a first-hand look at what franchising is all about. It is held at Exhibition Place in Toronto on October 13 and 14 as well as Vancouver’s Convention Centre on November 3 and 4 and provides the public with an opportunity to meet face-to-face with franchisors and also attend seminars on such things as legal and finance aspects of the business.

DeHart would like to see stronger recognition from the federal and provincial governments about the powerful engine of franchising.

“What we have realized at the CFA in the last two years is that we need a seat at the table as an industry. We represent a huge amount of the economy so I want to make sure that everybody is well educated on what franchising entails and the influence it has on this country.” 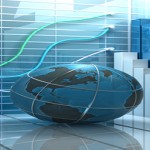 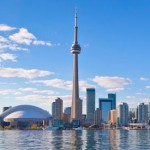